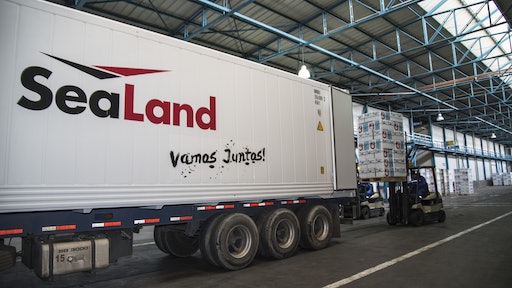 SeaLand Atlantico, a new service launched earlier this year, offers an attractive and viable transportation option, particularly for time- and temperature-sensitive perishables, according to the June Food Logistics.

SeaLand is the regional, intra-Americas ocean carrier that Maersk Group reinstituted several years ago. In January, the carrier launched its Atlantico service linking Altamira and Veracruz, Mexico to Philadelphia with a six-day transit time.

According to the carrier, “The SeaLand Atlantico service offers an alternative transportation option for trade between the regions, which is characterized by the use of ground transportation on 95 percent of its volumes. This option is especially geared for producers and exporters of perishable goods to the U.S. and provides the economies of scale, security and reliability of an ocean service combined with an expedited transit, ideal for moving goods such as avocados, lemons, tomatoes and commercial cargo.”

Ariel Frias Ducoudray, business development and marketing manager at SeaLand, says there are a number of advantages associated with the new service.

“The marketplace has been quite positive about the SeaLand Atlantico. Customers are taking advantage of the economies of scale they are able to achieve by using ocean transportation instead of the traditional trucking between Mexico and the United States,” which also eliminates the need to transload truck shipments in Texas.

“The increased payload they are able to transport has been a big plus for them so far,” he says.

ACBM editors share insight, statistics and an overall outlook as to the future of the trucking and transportation industry amid the COVID-19 pandemic.
Marina Mayer
August 17, 2020
Follow Us