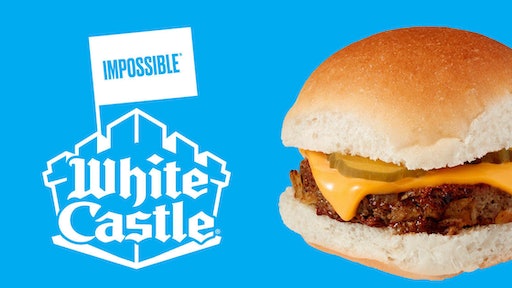 The Impossible Slider will be available at White Castle restaurants in the Las Vegas area, including restaurants on the Strip, downtown and in the nearby town of Jean. Over the course of a few months, the slider recipe will roll out at all remaining 377 White Castle locations. The plant-based burger is topped with cheese, pickles, onions and is served on a signature bun.

"White Castle is Impossible Foods' largest customer so far, and the partnership has been a total sensation -- acclaimed by food critics and a social media phenomenon with a trending hashtag," says David Lee, Impossible Foods' chief operating officer and chief financial officer. "There was never any doubt White Castle would get first priority for the national rollout of our new recipe."