Innovative small-town grocery stores are taking consumer needs and putting them in the forefront while big-named stores struggle to keep up. 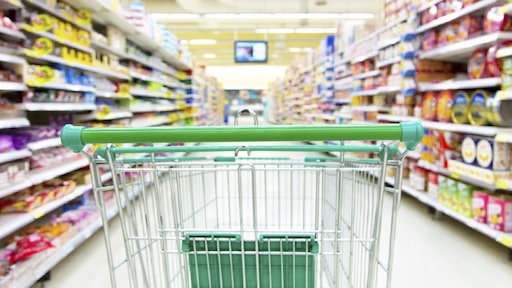 Just months after opening his own grocery store, Maj. Gene Hogg is a pro in the industry. Hogg, the Salvation Army's commander for central Maryland, organized mobile kitchens in Manhattan after 9/11 and in New Orleans during Hurricane Katrina. The New York Times reports that he fed protesters and police officers during riots in 2015 after Freddie Gray died.

Hogg's market, DMG Foods, is one of a growing number of experimental grocery stores that have emerged recently. Stores like DMG Foods have the potential to surpass the on-going "retail apocalyspe" and takeover traditional supermarkets, the New York Times reports.

While e-commerce is starting to demand consumer attention, most people still buy their food in stores. Grocers are feeling the pressure to live up to the expectations of Amazon and host discounts like Aldi, leaving them stuck at which direction they should take. The New York Times reports that consumers want stores that offer "food experiences" such as beer on tap, meals to go and vegetable butchers. Younger customers are believed to shop only when they cook instead of making weekly trips to the store.

While stores are reinventing themselves to attract customers, small community stores are using the grocery aisles to fill cultural niches and address social needs. Stores like Nada, a package-free grocery store in Vancouver, is gaining customers by being environmentally conscious. By having a good business-conscience, the store brings people together and back to their food, rather than isolating themselves online. The Times reports that customers bring their own containers or buy reusable ones at the store and use a digital scale to weigh and tag them before they start shopping.

Another store, Farmhouse Market, in New Prague, Minnesota uses a 24-hour fitness center model for customers who want organic products. The New York Times pay $99 a year and use a key card to open the door and are able to shop anytime they want. Lights are motion activated and checkout is done a tablet. Local farmers and other suppliers have cards as well so they can restock their supplies at anytime. Owners Kendra and Paul Rasmusson price items from home and text orders to suppliers. Farmhouse is monitored with remote cameras and digitally tracks inventory.

Meanwhile, DMG Foods is built in front of a Salvation Army distribution center and is located near several restaurants. Hogg tells the Times that people shop for groceries a day at a time since budgets don't allow for big weekly shopping trips, and many residents lack a car. The Salvation Army handles human resources and other business operations, keeping costs low. Equipment came from another grocery store that closed down and stock comes from C&S Wholesale Grocers that give Hogg a discount. The power company takes a quarter off the energy bill and donations and grants pay for education and training.

The New York Times reports that Baltimore's food bank pitches in so customers that qualify for SNAP can get something extra at the checkout counter. Hogg isn't concerned about making money, he wants to provide a grocery store with fresh food to the community, especially since many were destroyed during the riots. The store is aimed to serve as a work-training site, and Hogg is planning cooking demonstrations to teach shoppers how to eat better, and offers a basket of free fruit for children.

While big-named grocers are striving to attract customers, smaller ones are listening to what consumers want and take into account what they expect from their local grocery store. By creating new models, grocery stores are able to stay in business and survive the retail apocalypse.