Can you call it "milk" if it doesn't come from a mammalian breast? Some are unsure. 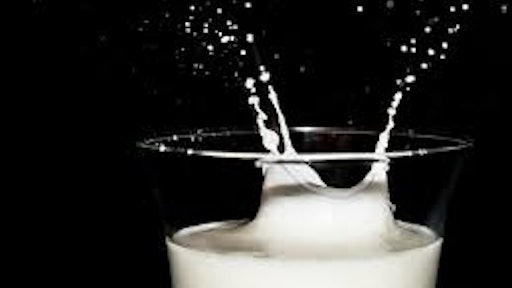 The FDA is planning on defining the term "milk," according to Bloomberg. The question at hand: can you call it "milk" if it doesn't come from a mammalian breast?

However, some say that the agency has already said no the question while others say maybe, Bloomberg reports.

The National Milk Producers Federation said in a statement that the FDA "will soon begin enforcing regulations that define milk as an animal product, not a plant-based food." However, The Plant Based Foods Association went on to say, "We're looking forward to providing the agency with data that we have to make our case," and that the conversation is still ongoing.

Both sides of the argument are needing a win in the definition of "milk." According to Bloomberg, milk sales are facing a multi-decade decline while plant-based alternatives are seeing a rise in growth. Dairy farmers are complaining that labels like "almond milk" and "coconut milk" are not technically milk, distracting customers from their own products.

Bloomberg reports that the agency has a standard identity for milk, citing the regulation that defines it as the "lacteal secretion... of one or more health cows." However, that standard has yet to be enforced and the FDA needs to go through a process before it can start. The agency plans on going to docket very soon.

Experts aren't sure what to make of the situation, Bloomberg reports.

Currenly, the FDA has the authority to enforce the existing standard even if it's not required by law. It also wouldn't be easy to start mailing Warning Letters, Bloomberg reports. Failing to enforce the rule as written for so long has some companies believing that they "abandoned the rule" or that the current regulation is defining the word "milk" and not any product that uses plant-based dairy alternatives. According to Bloomberg, the way that the rule is written requires milk to come from cows specifically, so milk from other animals would be in violation.

It is likely that there will be no outcome from the meeting. The FDA has been lax on on several terms such as "natural," so milk may become one of them.