Total retail sales increased 3.8% in 2019 to $3.763 trillion from $3.626 trillion the year before, according to Digital Commerce estimates using Commerce Department figures. 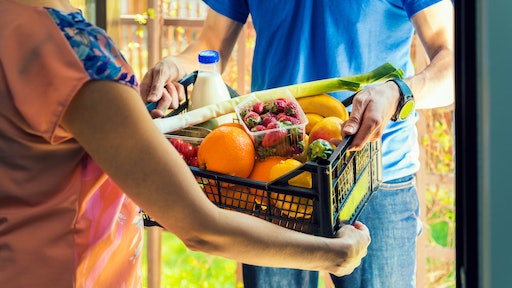 Online spending represented 16% of total retail sales for the year, according to a Digital Commerce 360 analysis of Commerce Department retail data. Amazon accounted for more than a third of all e-commerce in the United States.

Consumers spent $601.75 billion online with U.S. merchants in 2019, up 14.9% from $523.64 billion the prior year, according to the U.S. Department of Commerce quarterly e-commerce figures. That was a higher growth rate than 2018, when online sales reported by the Commerce Department rose 13.6% year over year.

Total retail sales increased 3.8% in 2019 to $3.763 trillion from $3.626 trillion the year before, according to Digital Commerce estimates using Commerce Department figures. The performance of overall retail last year marked a slight slowdown from 2018, when sales through all channels jumped 4.1%. Digital Commerce 360 studies non-seasonally adjusted Commerce Department data and excludes sales of items not normally purchased online such as spending at restaurants, bars, automobile dealers, gas stations and fuel dealers.

E-commerce also accounted for more than half (56.9%) of all gains in the retail market last year. That’s the largest share of growth for online spending since 2008, when e-commerce represented 63.8% of all sales growth. Plus, this is only the third time in the history of U.S. retail that the year-over-year dollar gains for online purchases exceeded the gains for in-store spending in a given year.

Despite the recovery, last year’s Q4 growth was a deceleration from the 17.3% uptick in the third quarter of 2019. Growth in the latter half of 2019 was significantly higher than the year-over-year online sales growth registered in the first six months of the year, when e-commerce increased 11.6% in Q1 and jumped 13.6% in Q2. The third quarter’s rate also marked the highest quarterly growth since Q4 2011, when online revenue spiked 18.6% over the same period the previous year.

E-commerce penetration hit 18% in the fourth quarter of 2019, marking online’s highest ever recorded share of total retail sales. That compared with 16.1% for the same period during the prior year. Growth in digital sales also accounted for nearly two-thirds (65.2%) of all retail gains in Q4, up from 52.2% a year earlier.