Keith Thomas has been promoted to the position of executive vice president of retail operations for Stater Bros. Markets. 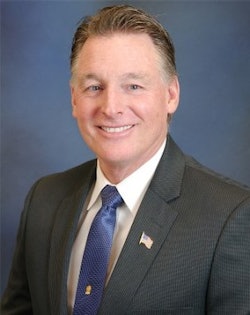 Keith Thomas has been promoted to the position of executive vice president of retail operations for Stater Bros. Markets.

In this role, Thomas will report directly to Stater Bros. President, Greg McNiff and will be responsible for overseeing the retail operations of all stores across the Company’s chain. He will also reinforce Stater Bros.’ commitment to providing its valued customers with a best-in-class shopping experience through stellar in-store customer service.  Thomas will continue to serve as a member of the Company’s Executive Management Team which evaluates and sets key strategies for the Company.

Thomas holds a Bachelor of Science Degree in Business from the University of Redlands and is also a graduate of the University of Southern California (USC) Food Industry Management Program.  He currently serves on the Board of Directors for the Western Association of Food Chains (WAFC).