Together, Boston Beer and Dogfish Head will create a powerful American-owned platform for craft beer. 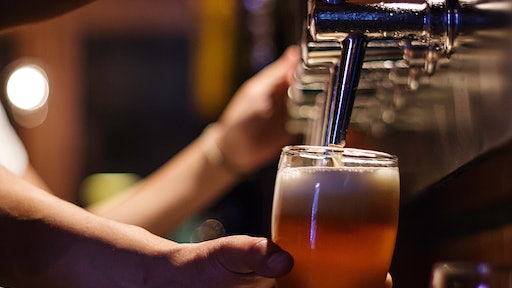 Photo by Gonzalo Remy on Unsplash

"Not only are Dogfish Head and Boston Beer two original American breweries, but Jim Koch and I worked hard with other leading craft brewery founders and the Brewers Association to develop and champion what defines independent American brewers," says Sam Calagione, founder and brewer of Dogfish Head. "This merger better positions Dogfish Head and our co-workers to continue growing within this definition for many years to come. In fact, Mariah and I believe so much in the future of our merged companies that we are all in, and personally we're reinvesting nearly all of the proceeds back into the combined entity. We're also proud to announce that we intend to devote a percentage of the Boston Beer stock that we receive to establishing a foundation and funding various local charitable programs."

The new entity will possess more than half a century of Craft brewing expertise, a balanced portfolio of leading beer and "beyond beer" brands at high end price points, and industry leadership in innovation and quality. Following the transaction, the combined company will have a leading position in the high end of the U.S. beer market, bringing together Boston Beer's craft beer portfolio and top-ranked sales team[i] with Dogfish Head's award-winning portfolio of IPA and session sour brands.

The combined company will be led by Boston Beer CEO, Dave Burwick and the transaction is expected to close late in the second quarter of 2019.