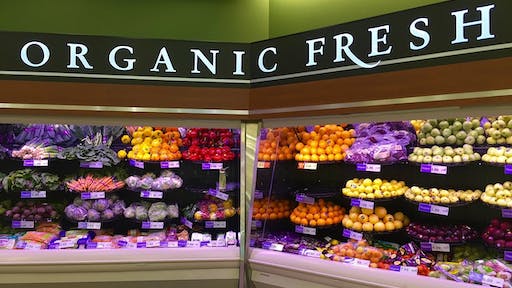 The food companies that take notice of consumers’ growing interest in fresh, natural and organic products continue to reap the rewards, according to the results of the American Customer Satisfaction Index’s (ACSI) 2018 Nondurable Products Report. The report found that customer satisfaction with grocery food—packaged food products ranging from chocolate, baked goods and cereal to meat, cheese and frozen foods—rose 1.2 percent year-over-year to 82 (on a 0 to 100 scale).

“A growing demand for healthier foods has reshuffled the playing field for grocery brands,” says David VanAmburg, managing director at the ACSI. “In 2018, we saw the sales of plant-based foods grow by 20 percent, and 1 in 10 consumers have tried a gluten-free diet. These aren’t fads; customers want to adhere to a healthier lifestyle, and they’re more satisfied with brands that offer those options.”

Hershey holds the top spot in food manufacturing, with an ACSI score of 86, unchanged from last year. However, despite removing artificial ingredients from many of its core products and making nutritional information more accessible to the public, the company just barely held the lead.

On the heels of its redesigned salad packaging and healthy snacks-to-go, Dole leaps 4 percent to 85, the biggest increase among food manufacturers. General Mills rises 2 percent to 84 for third place, thanks to heavy investments in organic products, tying it with Quaker (unchanged) and Mars, which climbs 2 percent.

Nestlé (Ferrero) and Kraft Heinz trail at 82, both unchanged from last year, with the latter experiencing the negative effects of falling processed cheese sales for the fourth straight year.

Campbell Soup and Tyson rise 1 percent, Conagra falls 1 percent, and Kellogg holds steady for a four-way tie at 81 at the bottom of the category.

However, not all beverage manufacturers are struggling. Following a last place finish in 2017, Dr Pepper Snapple saw the benefits of merging with Keurig Green Mountain and acquiring CORE Nutrition. The new Keurig Dr Pepper rises 2 percent to the top of the category, with an ACSI score of 84.

Satisfaction with Breweries at an All-time High

Beer consumption is decreasing, but customer satisfaction in breweries is the highest it’s ever been, up 1.2 percent to an ACSI score of 85. A big reason for this is the popularity of smaller craft beers and microbrews, which are included in the “other breweries” group.

“Other breweries” lead the category with a 1 percent rise in customer satisfaction for a mark of 86. Anheuser-Busch InBev is close behind, climbing 1 percent to 85.

Molson Coors, on the other hand, doesn’t fare so well, dropping 4 percent to 81, placing it at the bottom of the category. A decrease in sales has led the manufacturer to abandon its millennial-focused line, MillerCoors’ Two Hats, and turn its attention back to a struggling Coors Light.

“It’s clear that the craft beer segment, while still small, has put enough of a scare into the big players that they’re being craftier themselves,” says VanAmburg. “Right now, the reputation for microbrews is so strong that everybody’s stepping up their game.”

If you’re wondering where your order is, well, you’re not alone. The supply chain is still messy.
Marina Mayer
November 8, 2021
Follow Us