Cereal maker General Mills plans to cut between 400 and 600 jobs around the world as sales of its cereal and yogurt continue to plummet. 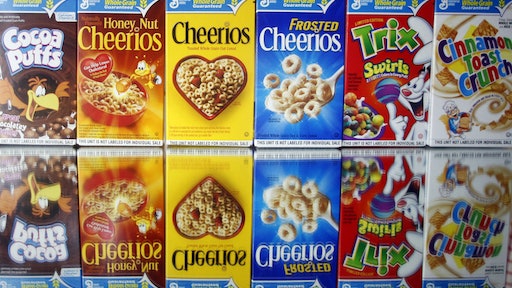 This March 22, 2011 file photo shows boxes of General Mills cereals in Portland, Ore. General Mills on Monday, June 22, 2015 said it is dropping artificial colors and flavors from its cereals, the latest company to respond to a growing desire for food made with ingredients people see as natural.

Cereal maker General Mills plans to cut between 400 and 600 jobs around the world as sales of its cereal and yogurt continue to plummet, according to a report by ABC News.

General Mills is just one of several processed food companies affected by American’s ever changing tastes. The article notes that prior to announcing the layoff, the Minneapolis-based company had adjusted several of its once popular recipes, including Cinnamon Toast Crunch cereal and Yoplait yogurts.

For more information on the job cuts at General Mills, read the original article here.

Bad Weather is an Opportunity for Grocers to Build Loyal Customers

Kerry’s Journey Through the Supply Chain Begins with S&OP