Finding ways to overcome cost concerns with automation was addressed during a session, “Financing and Leasing Automation” during the Warehousing Education and Research Council (WERC) Conference Program held this week in Orlando, Fla. 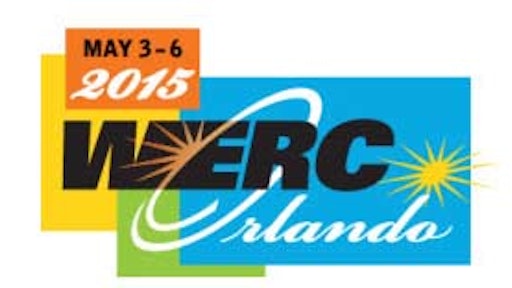 If your company has been considering adding automation but has held off in doing so, there’s a good chance that cost has something to do with it. That’s according to a recent Aberdeen Group survey. Finding ways to overcome this concern was addressed during a session, “Financing and Leasing Automation” during the Warehousing Education and Research Council (WERC) Conference Program held this week at the Hyatt Regency Orlando in Orlando, Fla.

Patrick Judge, managing director at Farnham Street Financial Inc., based in Minnetonka, Minn., noted that automation, because of its cost, requires a different approach than other business tools. Judge said that the Aberdeen Group survey identified the five top reasons companies have not invested in automation. The first reason was cost, the second reason was that they didn’t think automation was going to solve the company’s problems, and the third reason was they thought the software integration would be too expensive. Hence, two of the top five reasons for not investing in automation are financial.

The survey also revealed that chief financial officers think that the return on investment in automation will take more than two years, a time span that most CFOs consider too long.

The solution, according to Judge, is leasing.

While many business people associate leasing as a way to finance equipment, Judge noted that it can also finance software, installation and other related services.

The cost to lease a piece of equipment and its related services is usually less than the cost of ownership, Judge said. Hence, leasing allows the company to tailor its investment to the productivity it yields. “Your ROI (return on investment) gets enhanced and it is realized much sooner,” he said.

Another advantage to leasing is there are tax benefits.

Because leasing costs are fixed, leasing also serves as a hedge against inflation. “The payments are fixed and the rates are locked,” Judge said.

One of the key benefits of automation in the warehouse, Judge said, is that it is scalable.

Judge said lending institutions that may not be familiar with automation are familiar with lease financing. Hence, leasing offers a comfort level on the part of some lenders.