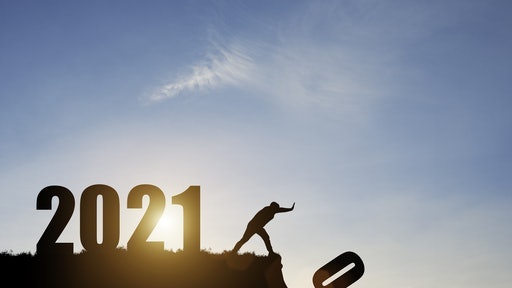 The U.S. economy has made dramatic progress since the Coronavirus disease (COVID-19) pandemic, according to National Retail Federation chief economist Jack Kleinhenz.

“The economy has come a long way compared with a year ago,” Kleinhenz says. “Both monetary policy set by the Federal Reserve and fiscal policy set by Congress and the White House have responded with swift and overwhelming force to support the economy. NRF is optimistic that the recovery is accelerating and the needed rebuilding of the economy is underway. The rate of vaccinations is ramping up, and the numbers paint an increasingly encouraging picture.”

This time a year ago, 22 million Americans had lost their jobs in two months, unemployment shot from a 50-year low of 3.5% to 14.7% and economic output fell by 31%, according to NRF’s report.

By contrast, more than half the jobs lost have been recovered, the Federal Reserve expects gross domestic product to grow 6.5% this year and household net worth is at an all-time high at $122.9 trillion.

Integrating data sources into a single customer view to know everything there is to know about a customer is an important step for optimizing and guiding each journey to a natural – and profitable – conclusion.
Redpoint Global
March 31, 2021

With consumer behavior changing almost immeasurably over the past year, grocers must now think outside the box to keep and increase customer loyalty.
Rajesh Midha
March 27, 2021

Living in a Pandemic for One Year Shifts Consumer Grocery Habits

Since values and interests have changed after a year of living through a pandemic, companies involved in the food industry need to keep a close watch on changing demands.
NCSolutions (NCS)
March 18, 2021

With consumers increasingly eager to buy groceries online, food providers need to elevate their technological offerings to assure that everything the customer buys arrives safely and on time.
Bitwise Industries
March 8, 2021

Here's a few goals that grocers need to bear in mind in order to continue to delight a customer that has become accustomed to new ways of shopping.
enVista
March 6, 2021