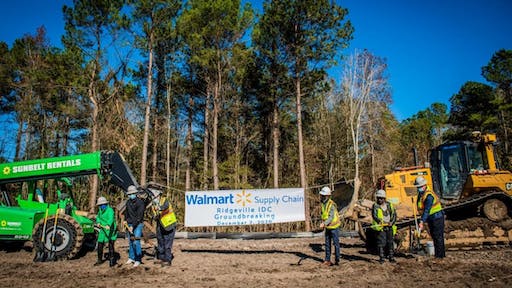 “Walmart’s $220 million investment is a vote of confidence in the hardworking people of South Carolina and our state’s business-friendly approach that attracts the world’s top companies,” Governor Henry McMaster said. “This investment and the 1,000 jobs that come with it will help continue our state’s tremendous economic success and change the lives of South Carolinians.”

The Walmart Ridgeville Import Distribution Center will supply several regional distribution centers, which will support approximately 850 Walmart and Sam’s Club stores across South Carolina and beyond.

“We found great partners in South Carolina, Dorchester County and SC Ports for our new, $220 million distribution center in Dorchester County, South Carolina,” said Greg Smith, Walmart’s executive vice president of supply chain. “SC Ports’ business mindset, efficient operations and shovel-ready site at the Ridgeville Industrial Campus helped make this project a reality. SC Ports’ proven track record of handling high-demand supply chain needs for the automotive industry gives us full confidence in their ability to meet our retail distribution and e-commerce needs. We are excited about the impact this new distribution facility will have on the regional economy and how it will help us better serve customers across the Southeast.”

“We are thrilled to celebrate the groundbreaking of Walmart’s seventh import distribution center in Ridgeville, South Carolina,” SC Ports President and CEO Jim Newsome said. “We will support the investment by efficiently handling Walmart’s imported goods. Walmart is at the cutting-edge of supply chain sophistication and performance, and their confidence in us speaks volumes. This investment is a signal to the major retailers that we’re prepared to be a force in retail distribution and that we can handle their requirements.”

This successful project was made possible with great partners, including Walmart, SC Ports, Gov. McMaster, the S.C. Department of Commerce, Dorchester County, the S.C. Legislature and the Congressional delegation.

“Walmart’s $220 million investment into a new, near-port distribution center is tremendous news for the Charleston region and SC Ports,” SC Ports Board Chairman Bill Stern said. “Having this world-class company choose our market for its retail distribution center showcases South Carolina as an ideal place for retail companies to do business.”

SC Ports purchased the 1,000-acre Ridgeville Industrial Campus in 2018 with the goal of creating a site for port-dependent businesses to locate. The U.S. Department of Transportation recently awarded SC Ports a nearly $22 million grant to build infrastructure at the site for current and future tenants. Walmart is the site’s first tenant.

In support of the Walmart project, SC Ports preserved a 325-acre parcel of land within the Timothy Creek and Four Holes Swamp Watershed, both of which have been identified as priority areas for conservation. This important conservation project was done through a partnership between SC Ports, Lowcountry Land Trust and Open Space Institute. 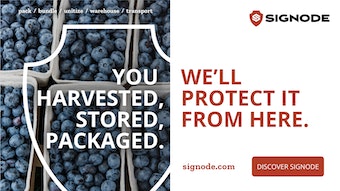 Your focus is your business. What’s ours? Protecting your products in transit. Discover how Signode protects products, brands, and bottom lines.
November 1, 2021
Latest

Of all the various types of lithium-ion batteries, two emerge as the best choices for forklifts and other lift trucks -- LFP and NMC. Here's why.
November 1, 2021

Your focus is your business. What’s ours? Protecting your products in transit. Discover how Signode protects products, brands, and bottom lines.
November 1, 2021

The new building is three times the size of the former company premises.
OneCharge
May 18, 2021

The 234,000 square-foot facility will be the company’s largest distribution center, aiming to ship 1.6 million meals per week at peak capacity.
Freshly Inc.
April 21, 2021

Of all the various types of lithium-ion batteries, two emerge as the best choices for forklifts and other lift trucks -- LFP and NMC. Here's why.
November 1, 2021
Follow Us