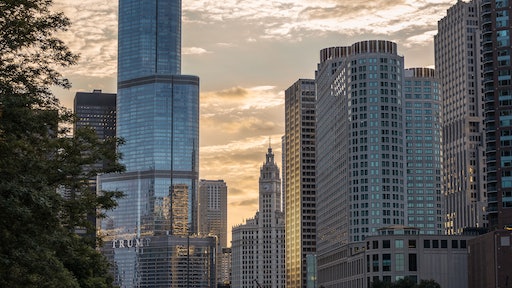 Photo by Sebastian Palomino from Pexels

A two week closure is already planned by the U.S. Arm Corps of Engineers beginning as early as August 2019 and will be closed 90 to 120 days in the summers of 2020 and 2023, forcing shippers to find alternate routes for the millions of tons of commodities that that typically move along the Illinois River. An alternative route is the Mississippi River which flows through the St. Louis metropolitan region, however, five miles of the river is currently closed due to high water levels and isn't expected to be fully opened until mid-June. If shippers use the route, the region could see an increase of shipments move through its freight network.

Six of the eight locks on the Illinois Waterway system are scheduled to undergo major infrastructure repairs to sustain a navigable connection between Lake Michigan and the Mississippi River. The Illinois Waterway system stakeholders and the U.S. Army Corps of Engineers Rock Island District have developed plans for the simultaneous closure of multiple locks that provide time for much needed critical repairs and maintenance, while reducing impacts to navigation. Impacts can further be reduce if plans are made in advanced. During the schedule closures no vessels will be able to pass through the affected locks.

“It’s vital that industry members are aware of the plans, the timing and any steps they need to take in advance of the closures to help minimize the disruption to their operations or, to potentially be a part of the solution,” says Mary Lamie, executive director of the St. Louis Regional Freightway, which is working to raise awareness about the lock closures. “Shippers already route freight to the St. Louis region where the exceptional freight network means they benefit from lower distribution and logistics expenses and shorter travel times. We should have the capacity to take on more and be a part of the solution for those who will be impacted, if the planning starts early.”

The companies, farmers and manufacturers who need to move raw materials and freight during this period need to make arrangements now because, based on their plans, the rest of the freight industry may need to adapt. Given that a standard barge tow carries the equivalent of 1,070 truckloads or 216 railcars, questions arise as to where the trucks and the drivers will come from and whether there will there be enough railcars. Early planning by the companies that will need those trucks or rail cars is essential. Alternatively, there is a fear that nothing will move during the shutdown periods, by any mode. The economics of shifting cargo flows to alternative modes may not enable goods to be transported cost competitively, as transfer and storage capabilities could be challenged to provide the market needs in both the geographies of supply and demand.

Some shippers will need to accelerate shipment timetables and move their commodities by barge prior to the closure or wait until the closure to move them.