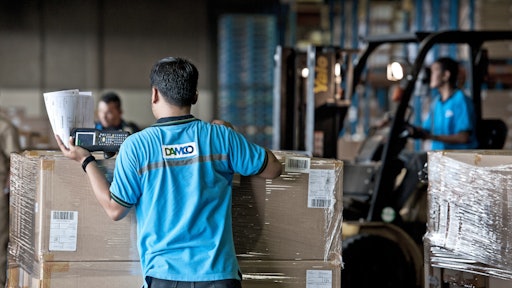 The collapse of Hanjin Shipping in late 2016 left thousands of containers stranded at sea. BCOs were not only scrambling to retrieve materials and merchandise, in many cases they were hard-pressed to even locate the containers holding them.

In some ways, the Hanjin bankruptcy was a catalyst for improving visibility in the ocean shipping sector. But, there are other drivers, too.

“We are seeing a rise in supply chain technology driven by greater innovation drivers that include the rise of e-commerce and giants like Amazon; a rise in global tariffs; global climate-related regulations; and increased consumer awareness for sustainable sourcing,” says Natan Reddy, an analyst with CB Insights.

Many of these drivers are forcing businesses to improve the efficiency of their global supply chains, and because ocean shipping sits squarely in the middle of global supply chains, “there will no doubt be continued demand for ocean supply chain innovation going forward, marked by greater connectivity, visibility, flexibility and automation,” Reddy says.

During a CB Insights’ presentation entitled, “Digitizing the First Mile: Technology & Shipping,” Reddy discussed how technology is beginning to permeate the ocean shipping sector—one that has traditionally relied on phone calls, faxes and paper trails.

Increasingly, retailers, CPG companies and other BCOs are demanding higher visibility in an effort to combat against delays, fraud and lost shipments, which is pushing digitization along the ocean shipping supply chain, he emphasizes.

At the same time, funding for maritime shipping start-ups is on the rise.

“While we have seen a slight pull back in 2018, overall funding to start-ups catering to the maritime shipping industry has significantly increased over the past several years. This is due in part to large deals to start-ups like Flexport, which most recently raised $100 million as part of a Series D round of funding from First Round Capital, among others,” explains Reddy.

In addition, SoftBank Vision Fund, along with several partners, announced in February a $1 billion investment in the company, making Flexport the most well funded start-up in the digital freight forwarding space.

“The company provides real-time freight and logistics capabilities to hundreds of clients, including many small-to-medium e-commerce firms, giving them an opportunity to compete against giants like Amazon,” he says.

Many of Flexport’s clients are e-commerce and consumer start-ups, such as Casper, Warby Parker and Ring.

However, the gravitation toward innovation and technology is not reserved solely for start-ups, adds Reddy.

For example, Maersk’s freight forwarding arm, Damco, developed a digital freight forwarding platform called “Twill” in April 2017. The platform provides shippers with instant quotes, shipment tracking and digital document management. It has since expanded to trade operations in China, the UK, India and France, among others.

The transportation aspect of the ocean shipping supply chain is also being transformed.

“ClearMetal is using AI-powered insights into the shipment transportation process for retailers and logistics providers, such as Panalpina,” Reddy says. The company “helps clients predict which carriers will provide the most reliable service and estimates the risks of delays.”

Blockchain is another technology that deserves mentioning, even though there are some who caution it’s too early to know if interoperability or other issues will slow adoption of blockchain technology in the supply chain.

If blockchain technology is able to achieve standardization and successful implementations, it could increase trade efficiency, and improve transparency and cybersecurity.

In the meantime, the ocean shipping industry is seeing an explosion of blockchain initiatives, Reddy points out, including those mentioned in the chart on page 40.

Anne-Sophie Zerlang Karlsen, head of global reefer management, explains that its goal for the RCM product is for it to look and feel like your favorite smartphone app. “There is still a lot of paper work and difficult processes in global trade. Captain Peter will take care of some of this complexity, by seamlessly engaging with the customer from end-to-end in the supply chain,” she says.

According to a Maersk press release, in the beginning, Captain Peter will follow some simple rules, sending up-to-date information via customers’ preferred channel, for example, SMS or e-mail, on container temperature and atmosphere conditions, as well as a timeline on its end-to-end journey. Should any deviations be observed, or the shipment delays, Captain Peter will notify the customer.

Once the container has arrived at its destination, Captain Peter will also check on its state and send an update to the customer. In time, customers will receive information configured to their specific needs.

The RCM technology makes a reefer’s location, temperature, humidity and power status easily available to the customer. Should any issues be detected, the customer can alert their supplier or have the shipment checked by local surveyors, potentially saving the customer millions of dollars in lost cargo.

“With the number of active users of the RCM platform constantly growing, the aspiration is for Captain Peter to gather enough information to be able to predict potential cargo damage and provide configuration suggestions before containers are shipped,” notes Zerlang Karlsen.

Maersk launched RCM for customers in September 2017. It provides transparency on information from 270,000 Maersk reefer containers equipped with machine-to-machine technology. Currently, over 2,300 customers have signed up for the RCM solution, translating to more than 70 percent of Maersk’s reefer volume.