PierPass launched the OffPeak program in 2005 to reduce severe cargo-related congestion on local streets and highways around the Los Angeles and Long Beach ports. 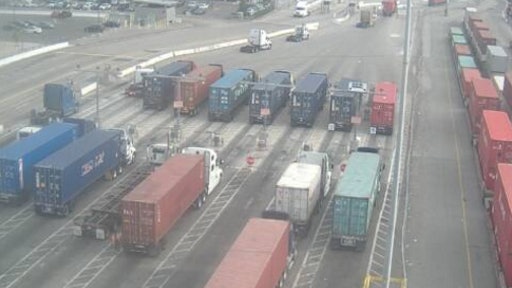 The West Coast MTO Agreement (WCMTOA) announced a 1.9 percent increase in the Traffic Mitigation Fee (TMF) at the Ports of Los Angeles and Long Beach, scheduled to take effect on August 8, 2016. The increase will sustain continued operation of PierPass OffPeak gates amid labor cost increases.

The adjustment falls under Rule 7 of WCMTOA’s Marine Terminal Schedule No. 1, which states, “Beginning in mid-2012, the Fee shall be adjusted annually to reflect increases in labor costs based on Pacific Maritime Association maritime labor cost figures.” The PMA negotiates and administers maritime labor agreements with the International Longshore and Warehouse Union (ILWU).

PierPass launched the OffPeak program in 2005 to reduce severe cargo-related congestion on local streets and highways around the Los Angeles and Long Beach ports. OffPeak established regular night and Saturday work shifts to handle trucks delivering and picking up containers at the 13 container terminals in the two adjacent ports.

Editor's Insight: The increase of big ships and large cargo on both coasts is focusing greater attention on the need for extended gate hours. The expanded Panama Canal can be expected to fuel even more traffic from big ships.

The costs incurred by the terminals to operate the OffPeak shifts in 2015 totaled $236.2 million. During the year, the terminals received $168.9 million from the Traffic Mitigation Fee, offsetting only part of the “OffPeak” program’s costs, according to PierPass, a not-for-profit company created by marine terminal operators at the ports of Los Angeles and Long Beach.

Since 2005, OffPeak has taken more than 35 million truck trips out of daytime Southern California traffic and diverted them to less congested nights and weekends. About half of all port truck trips now take place during the OffPeak shifts. 7-11-16 By Elliot Maras

Cargo Volume Is Up at the Port of Long Beach—Will It Last?