Planning for a new passenger-and-cargo route to Cuba is detailed in hundreds of emails and internal documents obtained by the Miami Herald through Florida’s open-records laws. 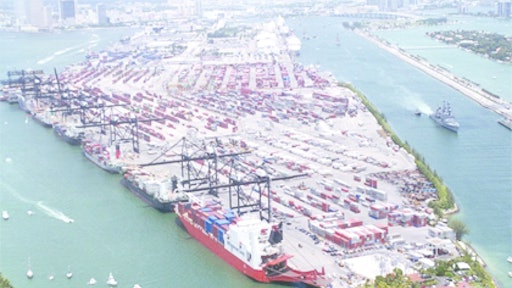 Interest in Cuba-bound ferries has been high enough at PortMiami that officials are looking for ways to create temporary terminals to accommodate operators wanting to launch overnight runs to Havana every day, according to The Miami Herald.

Planning for a new passenger-and-cargo route to Cuba is detailed in hundreds of emails and internal documents obtained by the Miami Herald through Florida’s open-records laws. They show multiple ferry operators with newly secured licenses from Washington eager to lock down space at the port, which at one point was planning on the Cuba-bound vessels launching in March.

The documents show a yearlong effort by PortMiami to get ready for what could be a significant new enterprise there. Industry leaders predict the ferry routes will be popular with Cuban-Americans not only visiting their homeland, but bringing large stores of goods from the U.S. for family on the island.

Sensitivity was on display during an early email exchange between United Caribbean’s Bruce Nierenberg and senior port officials just weeks after President Obama’s Dec. 17, 2014 announcement on his pursuit of full diplomatic relations with Cuba.

FMCSA announced that it is proposing and seeking public comments on a new pilot program to allow drivers aged 18, 19, and 20 to operate commercial motor vehicles in interstate commerce.
International Foodservice Distributors Association (IFDA)
September 8, 2020
Follow Us