WIG craft are maritime vessels that would be built to maritime structural standards and designs include pontoons, water skis and possibly hydrofoils to allow for touch down on and lift-off from a water surface. 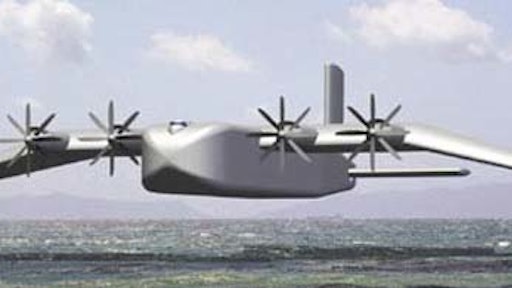 While maritime vessels typically float on water, there are exceptions such as hovercraft and wing-in-ground effect vessels (WIG craft) that float above the water surface. WIG craft could operate between networks of coastal airports spread across the Asia-Pacific region, according to The Maritime Executive.

WIG craft are maritime vessels that would be built to maritime structural standards. The design would include pontoons, water skis and possibly hydrofoils to allow for touch down on and lift-off from a water surface.

There is an available market niche for fast freight service that would offer faster delivery than a container ship and at a fraction of the price of commercial airfreight, where fuel cost is a very dominant factor. A WIG craft carrying freight could operate between networks of coastal airports spread across the Asia-Pacific region.

WIG-craft would have to climb high to cross over coastal roads at Singapore, Los Angeles (U.S.) and Georgetown (Penang) airports.

There are networks of coastal airports across the Mediterranean Sea at Barcelona, Gibraltar, Nice (France), Corsica (France), Palermo (Sicily), Genoa and Rome (Italy), Thessalonica and Iraklion (Greece) as well as at Beirut and Tel Aviv.

The Future Of Food Logistics