Speakers Bud Rodowick of Thermo King and Dr. Patrick Brecht of P.E.B. Commodities Inc. said that many shippers are unaware of the rules that will take effect, particularly the sanitary transport rules. 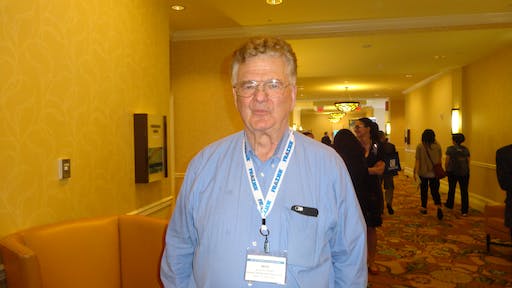 Jerry Von Dohlen, president of Newark Refrigerated Warehouse in Newark, N.J., had some of his worst suspicions confirmed when he attended a session on the Food Safety Modernization Act (FSMA) during the IARW/WFLO expo in Orlando, Fla. After hearing two experts offer their views about the law, Von Dohlen told Food Logistics Managing Editor Elliot Maras that the law not only has many shortcomings; it is unenforceable. “It’s utter chaos,” he said.

Speakers Bud Rodowick of Thermo King and Dr. Patrick Brecht of P.E.B. Commodities Inc. said that many shippers are unaware of the rules that will take effect, particularly the sanitary transport rules. A key concern is that “shipper” is poorly defined, a problem Von Dohlen picked up on. The speakers said there are many requirements to follow and a lot of documents for shippers to provide, but little direction on how they are supposed to provide the material. These were just a few of the issues raised.

Listen to the podcast.