In several regions, state and local governments are recognizing the need to improve road infrastructure to facilitate transportation at the ports. 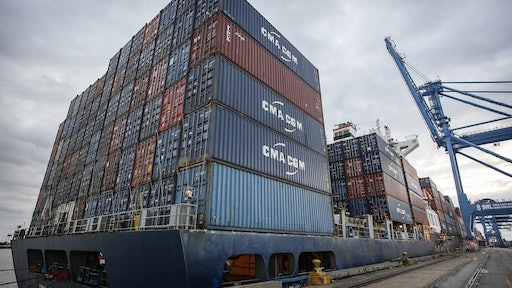 Ports, container terminals, cold storage facilities and even governments are investing in U.S. ports as global food trade continues to expand, according to an article in the May Food Logistics.

U.S. agricultural exports set a record $152.5 billion in 2014, according to the U.S. Department of Agriculture. Imports also set a record at $109.2 billion. Seaports play a dominant role in agricultural trade and U.S. ports are gearing up for increasing volumes.

The growth in global trade hasn’t been lost on government policymakers as they scramble to remove trade barriers to support job growth. But the nation’s ports are already ahead of the curve, investing in harbor deepening and other capital improvements. The ports’ terminal operators are also on cue, investing in more terminals and equipping them with plug-in reefers and container moving equipment.

The bigger picture to be gleaned from conversations with ports nationwide is that infrastructure investment is charging full speed ahead. Ports recognize the rising demand for U.S. food and beverage products, particularly in Asia, where incomes are rising and people are acquiring a taste for American frozen, refrigerated and fresh food.

In several regions, state and local governments are recognizing the need to improve road infrastructure to facilitate transportation at the ports. Economic development groups are also playing a role by encouraging investment in food and beverage (f&b) manufacturing and making companies aware of export growth opportunities.