They are designed to replace typical diesel engine units on large HGVs and supermarket home delivery lorries, but can also be used in commercial refrigeration units or office cooling systems. 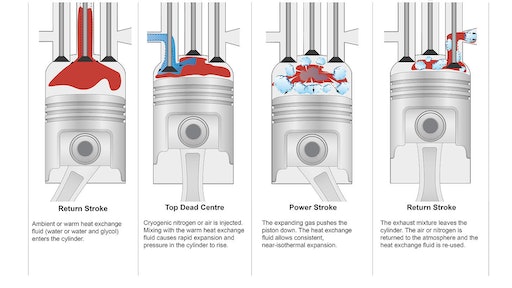 Liquid nitrogen engines are being touted as a “quick-fix” solution to air pollution caused by refrigerated transport by allowing produce suppliers to create a zero-emissions fleet, according to fruitnet.com.

The engines, created by technology firm Dearman, use liquid nitrogen to both cool produce and power the vehicle. Existing models in the market have trialled the use of nitrogren as a cooling agent, but no system has so far used the gas to power and cool simultaneously, Dearman said.

They are designed to replace typical diesel engine units on large HGVs and supermarket home delivery lorries, but can also be used in commercial refrigeration units or office cooling systems.