With an ever-growing shortage of new drivers, fleets are finding out quickly that if they’re going to attract and keep the best, they will have to create an appealing work environment. 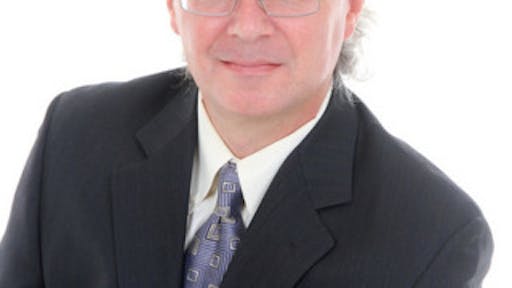 With an ever-growing shortage of new drivers, fleets are finding out quickly that if they’re going to attract and keep the best, they will have to create an appealing work environment.

Last year, the trucking industry came up 51,000 drivers short of its recruitment needs, the highest shortage on record, according to the American Trucking Association. The shortage has only grown recently due part to increased freight volumes and a growing number of older, more seasoned drivers retiring.

So, it’s pretty clear why fleets are re-examining their human resources strategies and adopting changes to create a more appealing work environment. When analyzing responses to questionnaires, interviews and driver surveys for the 2018 Best Fleets to Drive For program, it was found that the highest rated fleets apply a variety of human resource strategies to create a working environment that drivers covet most.

Best Fleets to Drive For, produced by CarriersEdge in partnership with Truckload Carriers Association, is the only annual program dedicated to identifying the best workplaces in the North American trucking industry. Every year, fleets are evaluated across a range of performance criteria, identifying those companies with the greatest success in motivating and retaining drivers.

The survey found that when fleets use an onboarding approach to welcome new drivers, in addition to post-orientation support, they’re more likely to be seen as places drivers want to work. Onboarding is vastly different from the standard HR practice of relaying important information, policies and procedures every new employee must know.

Onboarding may include not only the one- or two-day orientation many other employees might recognize, but also significant post-orientation activities such as formal coaching, surveys, scheduled phone calls and direct meetings with the company’s senior managers and executives.

Nearly 70 percent of the finalists for the 2018 Best Fleets to Drive For award provided some sort of post-orientation support for drivers on the road. Many use a comprehensive coaching and multi-pronged outreach approach.

At these fleets, executives and upper management call drivers to chat and to get feedback from them. In several instances, executives attend town hall meetings and round-table discussions at the companies’ main terminals or home offices. This gives drivers the opportunity to discuss issues impacting their daily work or to ask questions about company initiatives and objectives.

For those drivers unable attend, meetings are recorded and posted on YouTube. Some companies even offer live-streaming options for those who cannot make it.

It was found that fleets who develop formal coaching programs and multi-pronged outreach programs that consist of surveys, phone calls and direct meetings have higher marks for their post-orientation support efforts to those who don’t.

All 20 of the Best Fleets differentiated their HR strategy from the award finalists by conducting more frequent post-orientation reviews, surveys and coaching. However, five of the Top 20 Best Fleets furthered themselves by conducting formalized onboarding programs with multiple department reviews and extended coaching for new hires.

Ultimately, the goal for a company that wants to become one of the industry’s highest rated workplaces is not only to fully integrate new drivers into its operation, but also to help them feel more connected to it. As a result, drivers will know what is expected of them and they’ll feel more fully engaged in the company’s culture. They’ll also be more likely to seek help when they feel like they’re in over their head instead of looking for a job elsewhere and quitting.