The Port of Oakland has taken on numerous initiatives over the past year to expedite cargo and support agricultural shippers. 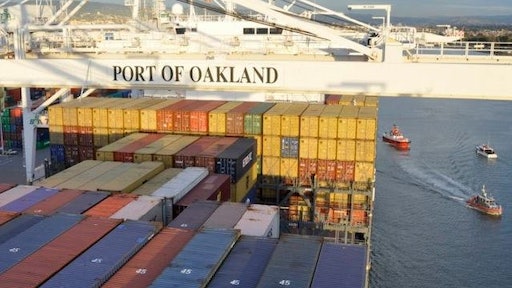 Recently, I stopped by the Port of Oakland to chat with a few executives about the success the port is having with food and wine exports and get an update on the Cool Port project.

Mike Zampa, director of communications, and Robert Bernardo, communications manager, graciously spent time on a Friday afternoon discussing the numerous initiatives the port has undertaken over the past year or so to expedite cargo and how ongoing investments are helping support agricultural shippers.

I asked Zampa how the port stacked up against competitors, namely L.A. and Long Beach, which also handle significant volumes of agricultural goods. He noted that Oakland is the closest port for growers in Sacramento, San Joaquin, Salinas and Napa valleys who export to Asia. Furthermore, Oakland is the last U.S. West Coast port of call before ships head back to Asia, which means time-sensitive perishables spend less time on the ocean if they are loaded in Oakland.

Fruits and nuts are the top agricultural commodities shipped from the Port of Oakland, followed by meats and beverages and spirits, including California wines. Japan, China and South Korea are the leading destinations for the port’s agricultural exports.

The Port of Oakland understands the needs of its agricultural shippers and is making sizeable investments to make sure they are supported. A year-and-a-half ago it created the Port Efficiency Task Force to bring all stakeholders together to share concerns and brainstorm on solutions. BCOs, shipping lines, marine terminal operators, harbor draymen, longshore labor, railroads and others now have a formal platform in which to work collectively. In addition, the Port last spring developed a $1.6 million incentive fund to launch night gates at the Oakland International Container Terminal. Permanent night gates are now operating four nights a week, Monday through Thursday, says Zampa.

As for Cool Port, groundbreaking for the new temperature-controlled facility is expected to take place in June, with operations commencing in 2018. Lineage Logistics and Dreisbach Enterprises will operate the 283,000-square-foot facility sited on 25 acres of port property. Among the commodities that will transit through Cool Port, exports of U.S. beef destined for Asia will be a primary cargo. The facility will be capable of handling 36 rail cars a day, while annual throughput is projected at 27,000 containers.

All told, the Port of Oakland is spending more than $600 million on an array of projects like new facilities, equipment, technology, infrastructure and related investments over the next few years, explained Zampa and Bernardo, and Food Logistics will continue to monitor the progress.