Their increasing size already is straining the unloading resources at some port facilities and—along with labor troubles—has contributed to traffic issues at the nation’s West Coast ports. 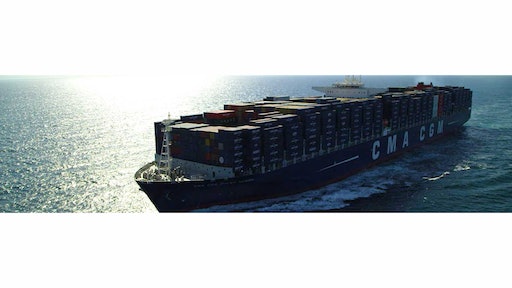 Big container ships that ply the world’s trade routes are growing ever larger, holding down the cost of ocean shipping, but also raising concerns among vessel operators, insurers and regulators about the potential for catastrophic accidents, according to an article in The Wall Street Journal.

The ships are designed to carry freight stowed in large metal containers. They transport much of the world’s seaborne cargo, including manufactured goods and, increasingly, farm products. Their increasing size already is straining the unloading resources at some port facilities and—along with labor troubles—has contributed to traffic issues at the nation’s West Coast ports, the article notes.

Since the economic downturn, shipping lines have sought to stay competitive by running larger, more fuel-efficient container ships in major shipping lanes, reducing their cost per container, according to Noel Hacegaba, acting deputy director of the Port of Long Beach, Calif.

Today, the newest and biggest container ships can carry around 18,000 twenty-foot-equivalent units—the industry’s capacity benchmark—but Dr. Hacegaba said in a study last year that industry watchers expect ships as large as 22,000 TEU to come into service by 2018, and that 24,000-TEU vessels are on the drawing board.