New data from AHDB shows that antibiotic usage in pigs dropped from 6 mg/PCU between January and June this year.

Agriculture and Horticulture Development Board (AHDB) 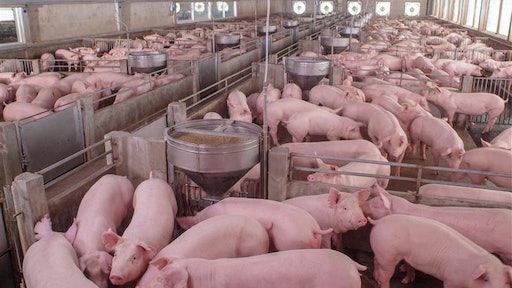 The UK pig industry has continued to reduce its use of antibiotics, with latest figures showing a 5% fall in the first half of the year.

The data, which was captured through AHDB’s electronic medicine book (eMB Pigs), represents 95% of slaughter pigs during the first six months of 2020. Industry leaders have welcomed the latest figures, saying it is a testament to the hard work of pig producers and vets across the country.

AHDB’s Acting Head of Animal Health & Welfare Mandy Nevel said: “It is extremely encouraging to see a fall in antibiotic use during the first half of this year. The data reflect the dedication of pig producers and their vets to champion responsible antibiotic use.”

During 2019, antibiotic usage held at 110 mg/PCU due to a spike of swine dysentery cases – a bacterial disease which is treatable with the use of antibiotics.

Dr Nevel continued: “As we edge closer to the target of 99 mg/PCU set by the UK pig industry, it is important that producers continue to work with their vets to ensure further reductions don’t compromise animal welfare. Antibiotics are a vital tool that enable vets to control disease in pigs and early treatment, where appropriate, is essential to ensure welfare.”

Rebecca Veale, NPA Senior Policy Adviser, said: “The January to June figure published for 2020 demonstrates that the sustained efforts from producers, vets and wider industry have maintained impetus in terms of responsible and reduced antibiotic usage.”