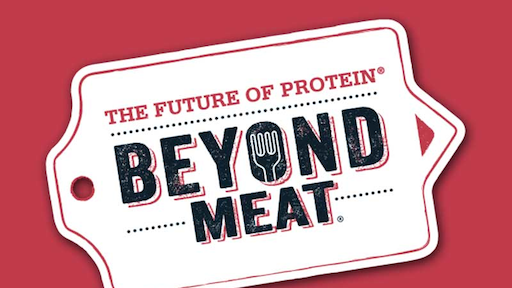 CNBC reports that relations between the companies have become tense since Tyson announced that it will be creating its own plant-based protein products. Since the announcement, Beyond Meat reportedly no longer wanted the Tyson Ventures representative to attend board meetings, despite his attendance being a contractual right.

The companies feared competition between one another and Beyond Meat was concerned that Tyson would interfere with potential mergers or acquisitions, Axios reports.

“Tyson Ventures is pleased with the investment in Beyond Meat and has decided the time is right to exit its investment. Beyond Meat provided an early opportunity for Tyson Ventures to invest in plant-based protein products that many consumers are seeking. We wish the leadership of Beyond Meat all the best,” Tyson said in a statement. “Tyson Foods continues to be committed to providing alternative protein as a choice for consumers and recently announced the creation of a new business focused on combining our creativity, scale and resources to make great tasting protein alternatives more accessible for everyone. We plan to launch an alternative protein product soon with market testing anticipated this summer.”

At the time of this publication, it is unclear who the buyer is or what the sale price was. It is also unclear whether Tyson decided to sell its stake on its own or upon Beyond Meat's request.

Chiquita’s commitment to promote sustainability is not new, making this report an update on previous efforts rather than a radical departure from previous reports.
Chiquita
March 16, 2020

Hello Fresh is the most popular meal kit delivery service with most Americans (23%), the study says.
March 13, 2020

This will help to make 100% of its packaging recyclable or reusable and reduce its use of virgin plastics by one third by 2025.
Nestlé
March 13, 2020

RELEX sought an objective measurement of how waste reduction efforts translate into a real-world impact on a business’s carbon footprint.
RELEX Solutions
March 5, 2020

Horizon Organic's goal is to be the first national dairy brand to become carbon positive across its full supply chain.
Horizon Organic
March 5, 2020

The introduction of technologically advanced hydroponic greenhouse growing systems is disrupting the long-standing business practice of growing and trucking the nation’s greens thousands of miles across the country.
Little Leaf Farms
February 28, 2020

The US food industry is facing increasing pressure to alleviate safety concerns after a report launched today suggested that almost half of Americans had actively changed their shopping habits in the last 12 months following a food scare.
Lloyd’s Register
February 27, 2020

A recent report jointly produced by Nielsen and FMI forecasts that 74.7 million U.S. households will be omnichannel shoppers by 2025.
FMI - The Food Industry Association
February 25, 2020