Beverage companies are attempting to find a way to avoid damage from a war on plastic that can happen hit the US at any moment. 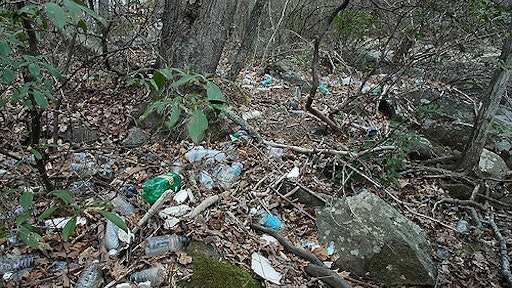 Companies across every industry are working on becoming more sustainable, especially when it comes to their packaging. However, beverage companies are still attempting to find a way to avoid damage from a war on plastic that can happen at any moment.

The "war on plastic" as already started in Europe, Drinks Insight reports. The EU announced a multipronged plan in January to help downsize plastic pollution by having all plastic sold in Europe reusable or recyclable by 2030. The goal is to crack down on single-use plastics that are only used for a few minutes and take "500 years to break down."

Companies like Coca-Cola and PepsiCo have announced plans to help collect and reycle its bottles and cans and make 100 percent of its packaging recyclable.

Although companies are striving to become more sustainable, it doesn't change human nature, Drinks Insight reports. While the recycling logo has been displayed on packages for decades, only 14 percent of packaging is collected and only 2 percent is recycled.

Some companies, like UK-based CanO Water, believe that the answer to the war on plastic is to abandon it all together and use alternatives like aluminum.

While aluminum can be part of the solution, it's unlikely that this will be the mode that the beverage industry will turn to. However, packaging made from paper or paperboard is seen as less threatening to the environment, Drinks Insight reports. Carton packaging can also be a potential solution.

Drinks Insight reports that Coca-Cola tested a refillable plastic bottle equipped with radio frequency identification in 2017. The RFID equipped bottles tracked when and how many times the bottles were refilled at a Coca-cola freestyle machine that were pre-payed for. Results for the test have yet to be released.

According to Drinks Insight, customers support environmentally friendly packaging materials. GlobalData's 2017 global consumer survey found that 71.2 percent of consumers say that packaging that is compostable or biodegradable is an important factor in environmentally friendly packaging. Nearly 68 percent of consumers say the same about packaging that is made from renewable sources.