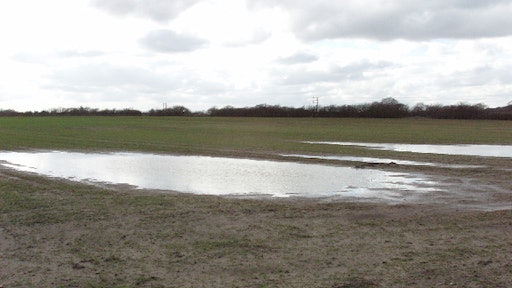 The rolling fields that make up Voisinet Farms in Laingsburg, Michigan offer a picturesque view to passersby. But the dips in elevation also create low-lying areas that can fill with water during wet weather.

And that could be an issue under a current rule in the U.S. Environmental Protection Agency’s (EPA) Clean Water Act, according to some interpretations of the law. The rule sought to clarify what constituted "waters of the U.S." that could be regulated for pollution by federal authorities, but opponents believe the rule's language allowed for a massive government overreach at farms and businesses across the nation.

A new executive order from President Donald Trump could ease concerns from farmers like Eric Voisinet. The Feb. 28 directive ordered the EPA to review and revise the rule, which Trump called a "power grab" that regulated "nearly every puddle or every ditch on a farmer's land."

In a statement from the EPA, officials said the agency will begin to review and possibly rescind or revise the rule immediately.