The House Agriculture Committee approved a measure banning mandatory labeling as well as local efforts to regulate genetically engineered crops, a move that demonstrates momentum for those seeking to block mandated labeling of foods made with GMO crops. 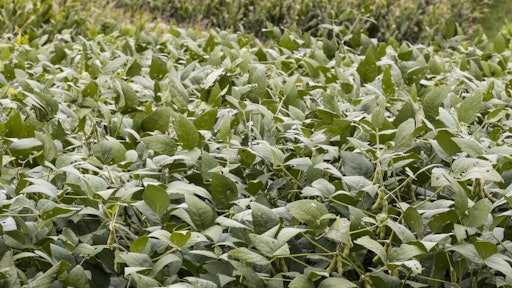 U.S. food companies and other opponents of genetically modified food labeling notched a key victory on Tuesday as the House Agriculture Committee approved a measure banning mandatory labeling as well as local efforts to regulate genetically engineered crops, according to Reuters.

The move demonstrates fresh momentum for those seeking to block mandated labeling of foods made with GMO crops, food industry advocates said.

"This... legislation will ensure that Americans have accurate, consistent information about their food rather than a 50 state patchwork of labeling laws that will only prove costly and confusing for consumers, farmers and food manufacturers," Pamela Bailey, CEO of the Grocery Manufacturers Association (GMA), said in a statement.

The group called on the full House of Representatives to pass the measure, which the panel approved in a voice vote, before the August recess.

Groups lobbying for mandatory GMO labeling said they are increasing their efforts to make sure that H.R. 1599, dubbed the Safe and Accurate Food Labeling Act, never becomes law.

"The real fight will be in the Senate," said Scott Faber, executive director of Just Label It, an advocacy group pushing for mandated labeling. "This is from over."

They say the bill is objectionable not only because it would overturn state GMO labeling laws, but because it also prevents state and local governments from regulating GMO crops, and would keep the U.S. Food and Drug Administration from creating a mandatory GMO labeling standard.

"Those states like mine, Maine, which has already passed a law that requires GMO labeling ... we would be prohibited from doing it," U.S. Rep Chellie Pingree, a GMO labeling supporter, said in a conference call with reporters.