Under an order from the State Water Resources Control Board, the local Byron Bethany Irrigation District last month shut down irrigation to more than 160 farmers and ranchers in its 30,000-acre area. 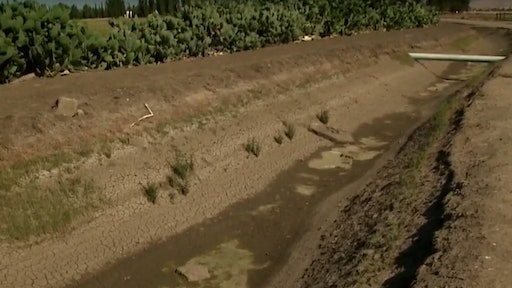 As holders of some of the oldest water rights in California, many farmers and ranchers here in the Sacramento-San Joaquin Delta have never had their spigots turned off, a fate many of their counterparts in the parched state have endured, according to The Wall Street Journal.

But under an order from the State Water Resources Control Board, the local Byron Bethany Irrigation District last month shut down irrigation to more than 160 farmers and ranchers in its 30,000-acre area.

“Everything is in peril right now,” said Paul Simoni, as workers recently harvested corn on his family’s 1,900-acre farm. Mr. Simoni said crops, including tomatoes and alfalfa still in the fields, likely would be wiped out if they don’t get water soon.

The district has filed suit in state Superior Court in Concord asking a judge to overturn the board order. Although that litigation is pending, a Superior Court judge in Sacramento on Friday ruled that the board’s notices of a similar cutoff against the West Side Irrigation District and three other districts in the Central Valley constituted a “taking” of their rights and temporarily suspended their enforcement.

Officials for the Byron Bethany district said that ruling could lead to the overturning of the board’s cutoff orders in that and thousands of other farming districts—with both high- and low-priority access to water—since May. The water board issued a statement Friday that it considered the judge’s order “limited in scope,” and that it concerns only the form of its curtailment notice.