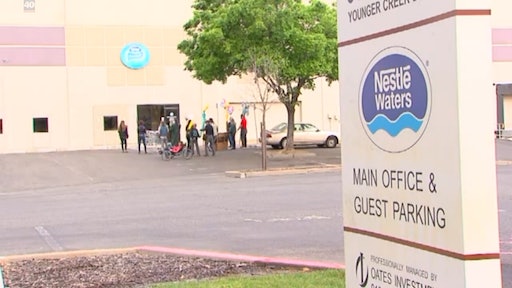 This image was taken from video of a March 20, 2015, protest of the Nestle bottling plant in Sacramento.

The California-based Courage Campaign which is petitioning the California Water Resources Control Board to immediately shut down Nestlé's water bottling plants, according to NBC News.

The campaign, he said, "is a gateway, an opportunity for us to engage people" in a broader dialogue about water management in California.

A shut down of operations in California, Nestlé explains on its website, "won't fix the drought."