Had technology and improved farming practices not come into play, the yields of only a couple decades ago would now be causing incredible food security issues for the less prosperous. 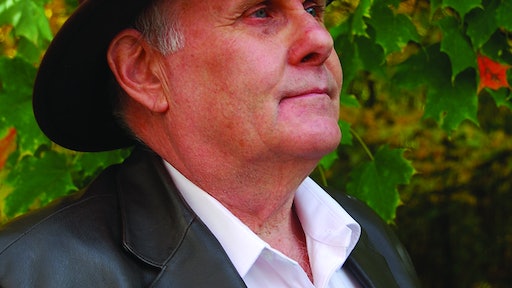 If today’s farmers were forced to rely on technologies from 1956 or 1988, when there were two previous droughts comparable to this year, the results would have been devastating. Much has been said about the amount of corn we will or will not have next year, so let’s use that crop as an example.

The USDA projects a drop in corn production from the estimated yield of 146 bushels per acre earlier in the season to 128 bushels, according to their most recent estimates. That’s a reduction in available corn by close to two billion bushels, which will most certainly have an impact on food prices as the price of this grain and other farm commodities are at all time highs. Yet, historically, this is still expected to be perhaps the fifth largest corn harvest on record and would have been considered an excellent yield per acre only a decade ago in what was then a normal rainfall year. So, what gives?

Going back to the dry years of 1956 and 1988, the average yields according to USDA statistics were only 42 and 82 bushels per acre respectively, using the same USDA data, the same land and the same population of family farmers. So, why the huge increase in food produced per acre? Staying with the example of corn, it’s safe to say that the plant has been reengineered to thrive with denser plantings with a root system that makes more efficient use of available moisture and with leaves above the ground that optimize the sun’s energy.

Yes, genetic modification technology has a lot to do with such bounty. For example, companies such as Syngenta with their “Touchdown” ready corn, soybeans and canola can control weeds with minimal cultivation, saving fuel and precious moisture in the soil while reducing wind and water erosion at the same time. The European corn borer is also a pest of the past thanks to advanced plant breeding. With precision planting benefitting from the technology, farmers can be parsimonious with their chemical and fertilizer applications and have substantially reduced the amount required to produce a bushel of grain or oilseeds.

Had technology and improved farming practices not come into play, the yields of only a couple decades ago would now be causing incredible food security issues for the less prosperous. For example, the Food Stamp Program would be swamped with increases in both the numbers supported and the cost per person facing food insecurity.

And then there was the mother of all droughts, the 1930s; when the yield of corn per acre was slightly over a measly 20 bushels per acre. Interestingly, in an effort to feed the nation, about twenty million more acres of corn were planted then than is the case over the past five years. For those who maintain that modern farming has led to the lack of biodiversity, this is not necessarily the case. Thanks to advanced agriculture technologies, less land is actually required to feed a lot more people than in days gone by.

For those who lament that agriculture has moved on from its bucolic past and is no longer as depicted in Norman Rockwell’s painting of “The County Agent,” it should not be overlooked that the prime objective of the farming community is to feed the world, and the adoption of advanced farming technologies is the only way that this can be achieved.

A power study offers important real-time data of a warehouse and brings expert insight and recommendations into fleet operations.
Crown Equipment Corporation
May 25, 2022
Follow Us