The organic grower should get together with its conventional farming neighbor and work out a “best practices regime” for a more agnostic approach to food production that combines high yields with sustainable and safe farming practices. 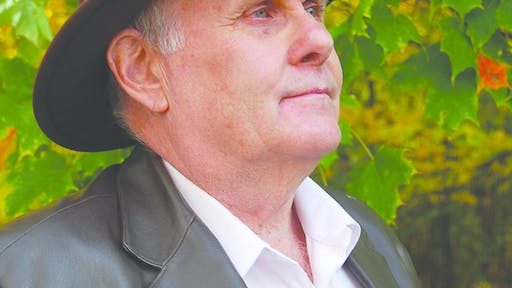 When addressing the debate of organic vs. conventional agriculture, it is first important to pay tribute to some of the many thousands of dedicated and diligent farmers who strive to provide quality organic food products to appreciative followers of the movement. I cannot say the same kind things to those who embellish the “organic brand” at the expense of equally dedicated farmers who they dismiss as practicing “chemical agriculture” as if they were out to poison people. With apologies to the former, I wish to raise a few points that may be news to organic producers.

Organic farming depends on chemicals, including the insecticide pyrethrin, which, while natural (from a chrysanthemum flower), is highly toxic to all insects, small invertebrates such as fish, turtles, and frogs, and for humans. In its survey of poison control centers, the U.S. Environmental Protection Agency advised that, “Pyrethrins cause more insecticide poisoning incidents than any other class of insecticides except the organophosphates.” The so-called “chemical agriculture” uses designer insecticides that impact the nervous systems of the real pests, while leaving other creatures unharmed.

Among other chemicals is the harmless ethylene, derived from propane and used as a ripening agent for organically grown fruit. I am puzzled by the logic of allowing a hydrocarbon-derived substance for cosmetic purposes, while nitrogen fertilizer from natural gas is a banned substance. Other permitted substances, primarily for post-harvest applications, include ethyl and isopropyl alcohols, ammonium sanitizers, bleach, detergents, and peroxyacetic acid.

What about the effectiveness of the organic certification agencies? Their only source of revenue is the fees that they charge organic growers. Their activities on the monitoring front, as they report to the USDA, seem to be somewhat feeble.

According to USDA reports, for the first 10 months of 2010, there were only 15 U.S. organic farmers (out of approximately 13,000 that are certified) who were suspended because of inappropriate farming practices. Given that there are more than 50 certification agencies active in the U.S., many did not find fault with any of their growers. This low number of incidents is suspicious because of a number of factors, besides the fact that the act of disqualification means a loss of revenue to the certification agency.

First, grower infractions are almost impossible to detect. For example, unless a farmer is caught in the act of applying nitrogen fertilizer or an early pesticide application, post-harvest detection is extremely difficult and costly. Furthermore, given the price premium for organic products and the yield advantage that conventional farming practices provide, there is an incentive to bend the rules.

Proponents of organic farming often maintain that yields are actually higher with this type of farming than with traditional agriculture. While the USDA indicates that only a handful of crops (pecans, plums, sweet potatoes and hay) respond positively to organic practices, all other crops show a hit on yields, some quite significantly. Indeed, if organic farming did consistently demonstrate higher yields given the higher prices involved and costs that are probably less than conventional farming, would not such farmers embrace organic methods as they do with all technologies that enhance their profits?

Well, so what if organic yields are lower? Given that 0.6 percent of U.S. farmland has been certified organic, the impact on overall food production is insignificant (makes one wonder where all that organic food comes from). But if the movement became mainstream, then there could be issues of food security, given that the most yield comparisons have major crops with an output of about 25 percent lower for organic. Because of the challenge to feed an estimated nine billion people by 2050, the organic movement is not helpful in this regard and indeed puts pressure to create more farmland through deforestation.

The belief that organically grown crops are more nutritious than their conventional counterparts seems to be a given fact, but there seems to be little scientific evidence to back this statement. In 2009, the American Journal of Clinical Nutrition published a report (“Nutritional Quality of Organic Foods: a Systematic Review”) that was prepared by the London School of Hygiene and Tropical Medicine of the University of London. The research team reviewed 162 published studies on the topic from 1958 to 2008 and concluded that organically produced food was nutritionally indistinguishable from conventionally grown counterparts. This is not surprising when nutrition depends on many variables including the variety, maturity at harvest, length of time in storage, handling conditions, weather and climate during the growing season, soil type, and farming practices. Of these seven variables, only the last one involves the organic movement.

Then, there is the subjective issue of flavor, which again, seems to favor organic foods. I recently held a double-blind taste test of organic and conventional delicious apples, bananas, and baby carrots. I, along with about 60 percent of the 15 participants voted for the organic apple. All chose the conventionally grown carrot, which was not surprising because the “best by” date for the organic sample was close at hand while the regular product had been freshly stocked. For the bananas, the unanimous decision was that there was no difference in taste. These results were not surprising given that the same variables that determine nutritional value also apply to flavor.

My suggestion is that the organic grower gets together with his conventional farming neighbor and works out a “best practices regime” to come up with a more agnostic approach to food production that combines high yields with sustainable and safe farming practices.

Debate At National Organic Standards Board Meeting Gets Heated