The Convenient Truth About Sustainability

Building sustainability into the supply chain is a complex but worthwhile endeavor. 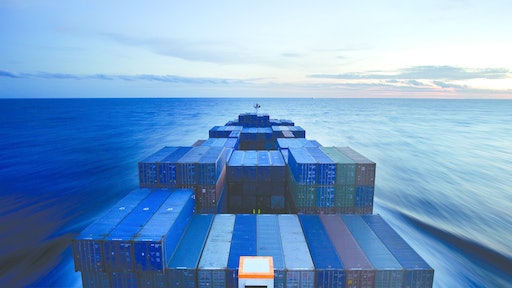 Ten years after a certain well-known documentary’s release, global warming continues to be “An Inconvenient Truth” for the supply chain profession, which is responsible for a substantial portion of the world’s carbon footprint. As a result, terms like sustainability and environmentally friendly are finding their way into many logistics professionals’ job descriptions.

The bad news is this adds another layer of complexity to what was already a complex endeavor. The good news is it could ultimately lead to some choices that are as good for a business’ bottom line as they are for the environment.

Consider the following typical global supply chain decision points. Each one clearly has a greener response, as well as a more cost-effective one. More often than not, they are one and the same.

Determine the Transportation Mode
If businesses were to conduct a head-to-head comparison of air versus ocean shipments from Hong Kong to the Midwest, they would discover the ocean option has a 96 percent smaller carbon footprint, even after accounting for the use of trucks during the land portion of the ocean moves. If those same businesses performed subsequent analyses using different locations, they would discover those results aren’t unusual because, according to data from the Network for Transport and the Environment, air shipments emit approximately 35 times more carbon dioxide than ocean container shipments. Ocean cargo also is eight to 10 times less expensive.

It’s a similar story on the land side in which trains are both more economical (by about 15 percent) and sustainable (by approximately 66 percent) than trucks.

Coordinate Overseas Inbound Shipping
It’s easy to understand why many companies opt to let their individual overseas suppliers coordinate shipments to their international processing plants or distribution centers (DCs). However, it’s also easy to see why the alternative to this hands-off practice—a company handling these shipments on its own or delegating them to an international 3PL—might be better for everything from finances to carbon emissions.

For one thing, the company or its 3PL probably has access to better freight management tools than local suppliers, a fact that should lead to considerably more streamlined and sustainable individual delivery routes.

And mixing a processing facility with numerous trucks traveling to and from various suppliers’ locations is an instant recipe for burning more fossil fuels and incurring higher shipping costs. By taking greater responsibility for these inbound shipments, a company or its 3PL can more holistically analyze and optimize shipping costs, and take advantage of considerably more economical and sustainable practices.

Containers, Cubing and Contents
Good things may come in small packages. But bigger is usually better when it comes to the size of transportation containers. For example, if a company uses 53-foot containers for all of its ocean shipments, it will use 33 percent fewer containers than it would if it shipped its goods via 40-foot containers, because it’s generally possible to fit the contents of three 40-footers into two 53-footers. Fewer containers equal less transportation space, which translates into a smaller number of moves and, ultimately, a smaller carbon footprint. Not surprisingly, they also equal smaller shipping expenses.

Don’t underestimate the dual advantages of proper cubing either. Among other things, the contents of well-cubed containers are less likely to shift and get damaged in transit. As a result, they require less protective packaging, and allow a company to reduce expenses and its contributions to landfills.

A fresh look at container or trailer cube utilization also could result in a company being able to fit many more pallets, boxes or cases onto each of its outgoing loads—and reduce the number of required transits by many trailer shipments.

Direct Shipping? Yes or No?
Few things are less green or more financially wasteful than unnecessary transits, and some port-to-DC shipments fit that description to a T.

Let’s say, for example, that a company’s internationally sourced goods will arrive in the United States via the Port of Long Beach, but the company’s nearest warehouses are located in the Midwest. If the company is using a traditional distribution configuration, the goods destined for the company’s West Coast customers or stores will wind up making two superfluous trips, while burning nearly 25,000 kilowatts, producing more than 6,400 kilograms of carbon dioxide emissions and incurring thousands of dollars worth of transportation expense along the way.

The Right DCs and DC Practices
Although transportation is responsible for the lion’s share of a company’s supply chain carbon footprint and cost, the DCs a company operates can be either a huge help or a hindrance.

The location of these facilities is, of course, the most important consideration because their proximity to a company’s key demand and supply points will impact everything from the miles the company’s carriers have to travel to the freight bills associated with the same. As a result, it’s almost always a good and green idea to conduct frequent and thorough warehouse network optimizations.

However, many other aspects of these facilities also are ripe with cost- and carbon footprint-cutting possibility. For example, by making a switch from halide or fluorescent to fixtures like T5 or T8, individual facilities might trim light-related electricity use by 70 percent and achieve six-figure savings. And by employing product-slotting programs, a company could help the forklifts within its facility travel considerably shorter distances, which goes a long way toward reducing both energy and production costs. Even something as simple as the positioning of key components and work areas within a warehouse could lead to huge wins.

Other Considerations
Obviously, these are not the only considerations a company should have as it works toward greener and leaner supply chains.

There is no issue or process that should be exempt from scrutiny because all of them have the potential to make a difference.
Like the considerations above, some of the solutions that are uncovered will be obvious win-wins, while some won’t, meaning a company ultimately will have to make some tough calls or compromises. And some will probably fall in that gray area somewhere in between.

Realistically speaking, though, the food logistics industry may always have one of the world’s largest carbon footprints because companies can’t move products from Point A to B without some form of transportation. However, with a little work and a lot of cooperation, there is no reason why we can’t green the path along the way.