Building Blocks for a Greener Fleet 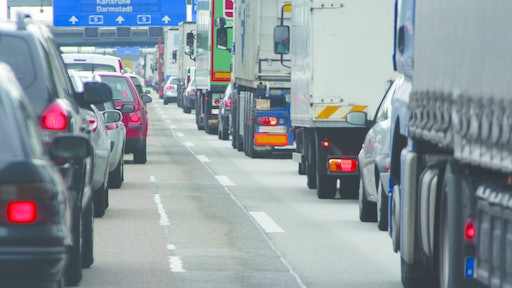 The results of a comprehensive transportation industry study conducted by TMW Systems show that while respondents ranked “sustainability” lower on their list of priorities, the fuel management steps they’re taking certainly qualify as sustainable measures, even if they’re achieving them somewhat secondarily, remarked James Langley, vice president of business analytics, during a recent conversation with Food Logistics.

“Fuel is one of the leading costs for most carriers, so it’s not surprising they’re so focused on it,” he said.

Indeed, sustainability came in “dead last” in terms of priorities on TMW Systems’ 2013 Transportation & Logistics Study—North America For-Hire Truckload Carrier Benchmarking Survey, despite the perception that sustainability is top of mind for everyone, said Langley. He acknowledged that many of the respondents represented the over-the-road (OTR) segment, and because they operate on such tight margins, they are particularly sensitive to operating costs and less so with sustainability.

Nonetheless, the trucking sector in general is making significant strides in fuel efficiency, so if it ends up improving sustainability, that’s not exactly bad.

Langley points to the statistics in reduced idling as a prime example. “Ten years or so, when you compared drive time to idling time, you found that trucks typically idled 30 to 40 percent of the time. Today, it’s down to 20-plus percent of the time.”

Reducing idling is just one part of the holistic approach required to create a fuel efficient—and greener—fleet, however. Another key component is technology, emphasizes Langley, who points to the use of auto-routing as an application that’s generated both fuel efficiency and sustainability.

“Not that long ago, it was common for drivers to be 10 to 20 percent ‘out of route,’” he says. “But according to our 2013 Transportation & Logistics Study, the average ‘out of route’ is now about 7 percent, and some folks claim they’ve reduced it to 2 or 3 percent. That matters, obviously, because those extra miles add wear and tear to the vehicle, the power unit, and burn more fuel.”

But the sheer amount of data available today can be overwhelming, admits Langley, which is why TMW Systems is working to centralize it into a logical data model “where you can get visibility into all the things that really matter in a business-friendly way…it’s about simplifying the process and getting actionable business intelligence into the hands of the users that drive the process. If you know what the relationships are, for instance the relationship between idle time and MPGs, then you can get visibility into which drivers are behaving differently, and in turn get that data in front of dispatchers who manage those guys.”

Langley mentions one client, a large fleet operator with thousands of trucks, who was running at 65 percent idle. “We didn’t put in a single piece of technology, there were no in-cab computers; all we did was take the data, expose it, and put some simple processes and rules in place. With the addition of a driver incentive program, in a matter of weeks we had reduced idling by over 20 percentage points. That’s just process management, and you can’t have that unless you have visibility into the data.”

All the powerful data, business intelligence and analysis in the world is meaningless if it’s not easy to access, though, continues Langley. “One of the rules we apply to all of our business intelligence solutions is ‘three clicks or less.’ In other words, if it takes more than three clicks to access, people won’t use it because they don’t have the attention span or the time.”