The Cost of Modern Farming on the Global Ecosystem

The Cost of Modern Farming on the Global Ecosystem 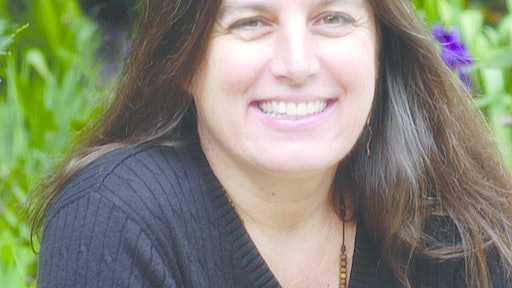 A recent article on the link between modern farming and its detrimental effect on the ecosystem of the Indian state of Punjab, and by extension the rest of the world, really caught my attention. I’ve been reading more about food security lately and trying to keep up with anything new that might offer a solution to how we’re going to feed 9 billion people by 2050.

In the article entitled “Food Security and Sustainable Farming are Two Sides of the Same Coin,” authors Nachiketa Das and Sanjib Kumar Jha, associates with the environmental consultancy firm GIST Advisory, write: “India is not new to hunger. Post-independence, in 1961, the nation stood poised on the brink of mass famines. To combat this, by mid-1960’s, a new agricultural policy of intensification, predominated by use of chemical fertilizers, high-yield IR8 variety rice and irrigation, was implemented, starting with the state of Punjab. To say that this ‘Green Revolution’ was successful is an understatement. According to official estimates, total foodgrain production in India in

2011-12 stood at 252.56 million tonnes; reaffirming India’s position as a self-sufficient nation in foodgrain. The question is: "at what cost?”

The answer to that question is rather grim when you consider that “while area under foodgrains cultivation has doubled in the past five decades (with area under rice increasing by 1,146%), total fertilizer consumption in the state has increased six times over and around 7% of total area in the state suffers from soil erosion of more than 10 tonnes per hectare,” explain the authors.

In other words, modern farming practices, while initially believed to provide a long-term solution to India’s hunger problems, have actually contributed significantly to depleting the country’s underground water sources, increasing soil salinity, and causing higher rates of pest infestation and disease in crops.

According to the authors, “Despite significant subsidies, the incidence of poverty among farmers in Punjab has increased from 8.65% in 1995-96 to 11.36% in 2005-06, raising questions on effectiveness of policy. There is an urgent need for policymakers to rethink current practices in order to curtain the impacts of the food-water-energy nexus affecting ecological sustainability.”

The takeaway is relevant to other key agricultural regions of the world, that like Punjab, are experiencing negative effects to ecosystems. But governments and policymakers have to act fast, warn the authors, who say that, “Punjab today stands at a critical juncture, with ecological thresholds for soil fertility and water availability nearing their tipping points. There is still time—provided action is taken—to change current trends via use of sustainable practices, better technology and prudent policy; to mitigate losses in ecosystem services, volatility in foodgrain production and threats to food security.”

Das and Kumar Jha conclude that, “It is necessary to remember that the root cause of hunger is the inability of the poor to gain access to resources they need to feed themselves—resources such as fuelwood for energy; fruit availed freely and abundantly from nature; availability of raw materials to build homes, craft a living and earn their daily bread; regular rainfall, fertile soil and healthy seed to reap bountiful crops; and fresh water to irrigate and drink. All availed by nature for free. Unless we rethink our historical disregard for cost to ecosystems, we shall continue to relinquish many of these—starting with our soil and water.”

Agricultural systems will need to increase food production  by 70 percent to meet growing demand for food by 2050.