The sheer size, scale and complexity of the meat-packing industrial process is a strong barrier to entry for smaller independent players. Here's why the Biden-⁠Harris Action Plan doesn't help. 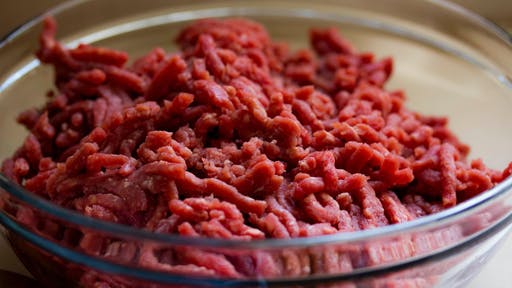 The cost of putting protein-rich dinners on the American consumer’s table is the highest in 40 years, with pork and beef prices up 14%-20% compared to a year ago.

According to the White House and other experts, these high prices are being driving in large part by the monopolized meat industry’s corporate greed, on top of economy-wide inflationary forces. Four large meat-packing companies control 85% of the beef market.

With record profits by key meat processers, the White House recently announced an action plan focused on taming meat prices. This long-term investment not only misses the mark for immediate price relief for consumers, but also vastly underestimates the dollars needed to spur growth.

The plan has $1 billion in American Rescue Plan funds for expansion of independent processing capacity, which on the surface seems like a significant amount to boost meat production. However, the realities are more complex.

The sheer size, scale and complexity of the meat-packing industrial process is a strong barrier to entry for smaller independent players. The need for advanced industrial expertise and large-scale quality and control know-how adds to these challenges. Due to these dynamics, the cost to build out or expand a small-to-medium-sized processing plant could easily reach $100 million or more. The plan’s proposal for the USDA to “provide gap financing grants totaling up to $375 million for independent processing plant projects that fill a demonstrated need for more diversified processing capacity” would therefore only meet the needs of a handful of new facilities.

The plan also includes a mere “$50 million in technical assistance and research and development to help independent business owners, entrepreneurs, producers and other groups, such as cooperatives and worker associations, create new capacity or expand existing capacity,” which greatly underestimates costs for the skill and expertise needed to deliver on its promise. Similarly, “Phase I will invest approximately $150 million to jump-start an estimated 15 projects,” or $10 million per project. This appears to vastly underestimate the funds needed to support a meaningful increase in an independent producer’s capacity.

The White House seems to contradict its own plan by stating, “meat and poultry processing is a complex and technical sector that requires strict adherence to a host of environmental, food safety and worker safety requirements. Creating new business models that support both workers and producers is similarly complex and time intensive.”

In total, the dollar amounts proposed in the plan are far too insignificant to translate into a meaningful change to the status quo.

A few other highlights stood out as puzzling. The plan calls for providing “producers an opportunity to have ownership in processing facilities.” Ranching is a completely different business model and set of skills that may not translate well into meat production. Additionally, the plan includes “$100 million in reduced overtime inspection costs to help small and very small processing plants keep up with unprecedented demand.” However, easing or reducing the inspection process hurts the consumer in the long run with unsafe foods and increased recalls.

Additionally, when smaller local slaughterhouses attempt to expand, large conglomerates take notice and often offer discounts that these producers cannot match. Local consumers will often purchase the cheaper items, especially during times of such high inflation. The producers may also face hesitancy in the local market, where meat suppliers prefer to work with those who will pay the most for their products.

Instead, propose allowing more international companies to enter the U.S. meat market as a simpler, lower-cost and more efficient solution for immediately reducing the burden on families across the country and increasing competition. Currently, only 16 countries are permitted to export beef to the U.S. market.

Streamlining and easing the process for approval to quickly add new countries would allow established international companies with set infrastructure and processes to enter the U.S. market to increase competition to monopolies and help lower prices. These companies are often in countries with weaker currencies and overall lower costs to produce quality products, making them directly competitive to U.S. domestic producers. In order to further help lower prices, it’s suggested that the United States revisit its steep beef quotas and tariffs on the countries allowed to import into the market. Maybe these quotas be increased and tariffs reduced in order to help fight the high cost of meat.

While foreign regulatory systems need not be identical to the U.S. system, they must employ equivalent sanitary and health measures that provide the same level of protection achieved domestically for imported goods. The USDA does an excellent job at inspecting plants oversees, ensuring that the high standards of quality and safety are met for these products.

Additionally, it’s notable that some international standards are actually higher than in the United States.  For example, in Paraguay it is cheaper to produce organic beef than products with antibiotics and hormones.

The Biden-⁠Harris Action Plan to leave the large monopolies untouched and instituting an underfunded long-term plan to boost domestic production is not the answer for consumers who need price relief today. A plan that includes fostering the entrance of large, established international meat producers, while promoting smaller domestic producers, would be a more effective and timely solution for U.S. meat inflation challenges.

This acquisition enables an all-in-one solution to maximize accuracy and productivity on the farm.
Midnight Robotics
November 17, 2021
Follow Us