The recovery in activity across U.S. supply chains continues to track at a significantly higher level than the rest of the world. 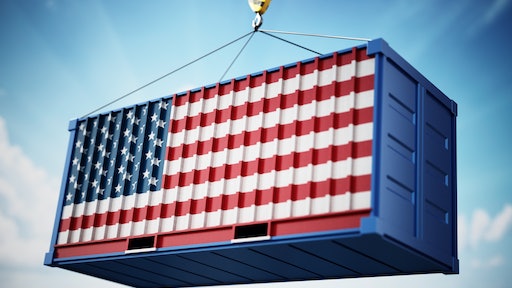 U.S. supply chain activity finished Q4 within touching distance of pre-pandemic forecasts, as global transaction volumes between buyers and suppliers showed increasing signs of stabilizing, according to new data from Tradeshift. But, signs of a protracted slowdown across Chinese supply chains suggest further disruption could lie ahead.

“We saw a massive spike in orders in the second quarter of 2021 and that should have triggered a glut of invoices from suppliers at the end of the year,” says Christian Lanng, co-founder and CEO of Tradeshift. “We’re seeing some early signs that the pressure on supply chains is starting to ease, but if invoice volumes continue to follow the current trajectory, then it could be at least a year before we see order backlogs fully subside.”

“China’s decisive action early on in the pandemic enabled local supply chains to get back up and running before the end of the world, but the same strict policies now seem to be having the opposite effect,” says Lanng. “A spate of lockdowns in key industrial regions across China could trigger more shortages of crucial manufacturing components and extended order backlogs in international markets.”

A Guide to Today’s WMS and TMS

Changes in technology often force legacy platforms to go extinct. WMS and TMS, however, remain integral to the supply chain with new and improved capabilities that coincide with modern platforms.
Brielle Jaekel
October 17, 2022

How NFTs Can Be Integrated into Supply Chains

The implementation of NFTs, into supply chains at large, could enable warehouses, manufacturers and consumers to better understand and refine the product journey.
Unlock
October 17, 2022

While there isn’t much digital grocery companies can do about the uncertain economy, investing in user experience (UX) upgrades can help stop the skid.
Quantum Metric
October 15, 2022
Follow Us