How Cold Was It? Know The Whole Story 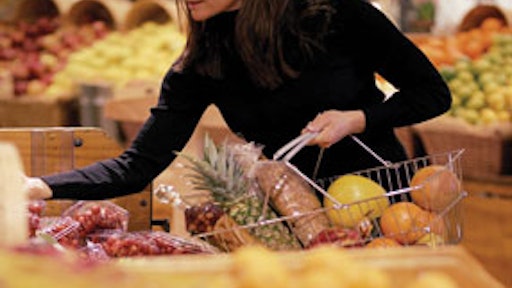 No one wants to buy spoiled produce or wilted flowers-and most people take it for granted that they don't have to, because trusted retailers offer products to consumers at just the right temperatures, quality and freshness.

Managers of temperature-controlled supply chains, or cold chains, can't afford to take anything for granted. The products they sell are handed off through a maze of shippers and distributors on their way to end users and temperature failure at just a single point in the chain can ruin a load.

For years, temperature-critical chains have responded to this need by placing mechanical strip-chart recorders and electronic time-and-temperature recorders inside shipments. But these devices are limited in the data they produce and collecting and using that data involves extra labor and potential errors.

Now, radio frequency identification (RFID)-which uses tags that can store much more data and then quickly and wirelessly transmit this data to readers-is bringing new levels of strategic and operational decision-making, visibility and convenience to cold chain management.

Instead of digging through a crate to find the temperature recorder, manually downloading its data into a computer and shipping the used sensor back to the shipper, RFID-enabled temperature monitors automatically transmit the time-and-temperature data from inside the refrigerated trailers as they pull up to loading docks, which house the RFID readers.

Some RFID systems can broadcast a temperature alert in the middle of transit, for instance, to a distribution center manager's PDA, mobile phone or e-mail account.

While temperature control is important to many industries, the one that relies upon it the most is perishable foods. Spoiled food costs grocers a lot of money: almost one-third of shoppers say the primary reason they'll avoid a particular market is dissatisfaction with the freshness of produce.

Using RFID, suppliers, shippers, distributors and retailers can learn more about the temperature history of a piece of produce as it moves through the cold chain. Compared with previous technologies, it offers more reach, more accuracy and more detail. The result is knowledge that enables managers to receive a big-picture view of their cold chain process, and then not only identify problems but also prioritize what to fix.

Damage to perishable food accounts for 56 percent of all product shrinkage in the United States. Sensitech research shows that if just 28 customers avoid a particular store because of poor produce on week one of any given year, the store can lose more than $130,000 for that year. For a 500-store supermarket chain, that's $67.3 million in annual revenue at stake.

Temperature-abused food may appear acceptable on arrival, though poor temperature management has reduced its shelf life and safety. For example, raising the temperature of a shipment of bagged salad from 34 to 42 degrees Fahrenheit doesn't ruin it-but it will go bad five days sooner.

To remedy this, a supply chain manager needs to not only know the temperatures a shipment experienced, but where and when spikes may have occurred. When a crate of salad arrives at the store, an electronic temperature device in the shipment can tell a supermarket how high the temperature got. But it can't pinpoint where a failure happened and it doesn't deliver any information until it's too late to save that shipment.

RFID allows you to make dock-level accept/reject decisions based on anticipated remaining shelf life. Add an RFID tag to that temperature monitor, place mobile RFID-enabled temperature monitors in the truck and feed the data in real time to the company's central database repository in a secure data center.

If a temperature spike has compromised the salad's shelf life, RFID can alert the retailer's distribution center quality manager to reject the load even before the truck has parked. When appropriate, the shipment can even be diverted en route to a closer retailer-so the next day, for example, it's crisp on someone's plate in Denver, instead of languishing on a truck that isn't due in Boston for three days.

As the prices of RFID tags continue to fall, shippers will be able to place sensors at the truck, pallet and item level--creating "nested visibility" that increases the amount and depth of data-its "granularity"-and makes it possible to ensure freshness "from farm to fork." But essential to this visibility and granularity is a system that aggregates and analyzes the cold chain data.

RFID temperature tracking can also improve operations such as loading a truck. One test conducted by Sensitech and Motorola created three-dimensional maps of how hot spots developed in a refrigerated trailer, identifying zones that stayed colder longer. Another proved that "centerline loading," which keeps pallets away from the trailer walls, led to more stable temperatures than "wall loading," in which heat from the sun passed to products without space for refrigerated air to circulate.

For 80 years, temperature monitoring devices have been used as an insurance policy to settle in-transit temperature abuse disputes. With electronic temperature tracking and RFID reporting of the data, all parties can work together to develop and implement best practices. Instead of fearing that cold chain compliance problems might reflect badly on them, operators can use the data to gain a strategic, big-picture view of their perishable supply chains.

Using cold chain data to make work easier in the food industry is really only a means to an end. The ultimate business effect of this technology is on corporations and consumers-because when customers receive fresh food, they're satisfied and more likely to develop loyalty to brands and retail store chains.