A survey found that 95% of registered dietitians agree that it is important for consumers to know that conventionally grown produce is safe because not all consumers can afford organic produce. 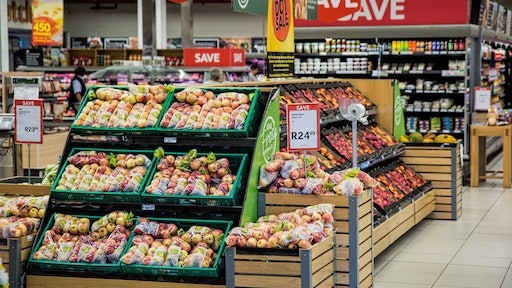 A new survey found that 95% of registered dietitians (RDs) agree that it is important for consumers to know that conventionally grown produce is safe because not all consumers can afford organic produce. And, 94% of RDs agree that inaccurate, fear-based messaging regarding pesticide residues has a negative impact on consumers because it causes misplaced concern about whether conventionally-grown fruits and vegetables are safe to eat.

The survey was conducted by the Alliance for Food and Farming (AFF). “Our goal was to better understand the challenges faced by registered dietitians and nutritionists to increase consumption of fruits and vegetables in the daily diets of their clients and consumers,” says Teresa Thorne, AFF executive director.

“Peer reviewed research had previously shown that fear-based messaging regarding residues resulted in low income consumers stating they were less likely to purchase any produce – organic or conventional,” Thorne explains. “We wanted to learn more about what RDs were experiencing and hearing firsthand.”

Ninety-three percent of the RDs also agreed that consumers should eat more fruits and vegetables every day, whether it’s organic or conventionally grown. Both are safe and can be eaten with confidence. But conversely, when asked specifically about the so-called “dirty dozen” list, which recommends avoidance of 12 popular non-organic fruits and veggies, 81% of RDs stated that this list discourages consumption. And, when shown infographics recently developed by the “dirty dozen” list authors, an overwhelming 95% agreed that the group’s misinformation about residues discouraged consumption.

RDs also shared their biggest challenges in promoting a diet rich in fruits and vegetables. Sixty-nine percent cited costs and financial constraints in an open-ended question. The second most mentioned challenge was “lack of information/misinformation” at 21%. Some examples given by the RDs included confusion when it comes to the benefits of organics, contradictory diet-related advice and being unaware of the nutritional value of produce. This was followed by responses more traditionally found when asking about consumption barriers including lack of preparation time, taste preferences, convenience and limited access to these healthy foods.

When asked about the importance of food safety, 63% agreed that concerns about what is safe to eat is a factor when encouraging consumers to include enough fruits and veggies in their diet. When prompted to specifically identify the biggest food safety concerns among consumers in a follow-up, open-ended question, “pesticides/chemicals/GMOs” and “bacterial/fungal contamination such as E.coli and Salmonella” were the most frequently cited. Since the science and government sampling data repeatedly show that residues “pose no food safety concern,” these survey responses underscore how misinformation may be impacting public health efforts to improve diets.

“With today’s media landscape, qualified health professionals, like RDs, are already facing an uphill battle to properly convey the nutrition research amidst the headline hype that constantly takes over consumer feeds,” says Shaw, a health and wellness consultant and founder of Shaw Simple Swaps. “These survey results show the nature of this challenge and the work we have cut out for us to ensure more people feel confident and safe with their produce choices, be it organic or conventionally grown.”

The RD panel recommended that the AFF should continue to: Provide peer reviewed research results regarding produce safety and residues to the dietitian community; emphasize nutrition-based studies that illustrate the health benefits of eating more produce each day; and, promote actionable steps for consumers, like washing fruits and vegetables, to help alleviate residue concerns.

“With only 1 in 10 Americans eating enough fruits and vegetables each day and with decades of nutritional research clearly showing the significant health benefits of eating more produce, we must support consumers’ choice of eating conventional and organic fruits and vegetables and the daily efforts by RDs and other health professionals to encourage increased consumption,” Thorne says.

All of the 175 RDs who responded to the web-based survey had more than 10 years experience with 74% working in the medical/hospital/health care fields and 19% stating they were self-employed or consultants.