FDA Considers Addition of Sesame as Allergen on Food Labels

Studies suggest that the prevalence of sesame allergies in the United States is more than 0.1 percent, on par with allergies to soy and fish. 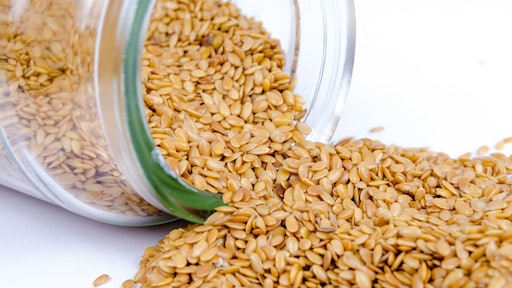 The undeclared presence of allergens in foods is the leading cause of food recalls and results in thousands of life-threatening, food-related reactions each year. An estimated 20 people die from them annually, and in some cases, such reactions occur despite a careful reading of packaged food labels by conscientious consumers.

Federal law currently requires that foods containing one of the eight major food allergens—milk, eggs, fish, shellfish, tree nuts, peanuts, wheat and soybeans—declare the food source of the allergen using its common or usual name on food labels. When the Food Allergen Labeling and Consumer Protection Act was passed by Congress in 2004, these eight food groups, out of more than 160 identified food allergens, accounted for 90 percent of serious food allergic reactions occurring in the United States. Unfortunately, the FDA is beginning to see evidence that sesame allergies may be a growing concern. A handful of studies, for example, suggest that the prevalence of sesame allergies in the United States is more than 0.1 percent, on par with allergies to soy and fish.

The FDA is now advancing a new effort for the consideration of labeling for sesame to help protect people who have sesame allergies. As a first step, the agency issued a request for information on Monday to can learn more about the prevalence and severity of sesame allergies in the United States, as well as the prevalence of sesame-containing foods sold in this country. These include foods that, under current regulations, may not be required to disclose sesame as an ingredient.

In a statement, FDA Commissioner Scott Gottlieb says the FDA would like to hear from epidemiologists, nutritionists, allergy researchers and physicians concerning their clinical experiences and relevant findings. They are also looking for feedback from the food industry and consumers to in order to gain a more complete understanding of the risks and to learn more about the potential impact of any future regulatory action that could include new disclosure requirements for sesame. This information will help inform the FDA's next steps.

"We take the concerns of people with sesame allergies seriously," adds Gottlieb. "Protecting Americans from the health risks posed by food allergens has long been a central part of the FDA’s mission, and we’ve worked diligently over the past several years to implement innovations to speed the detection of allergens in mislabeled foods to curb potential cases of allergic reactions.

For example, scientists in the FDA’s Center for Food Safety and Applied Nutrition developed the xMAP Food Allergen Detection Assay three years ago that can detect all of the major food allergens, with the exception of fish, in just six hours. This new tool is being used to help safeguard the food supply by detecting the presence of undeclared food allergens that result from cross-contact during manufacturing.

Before the adoption of this new technology, it took far longer to test potentially mislabeled foods that were suspected of causing dangerous allergic reactions. The FDA's researchers are now working to expand this assay to include sesame to better detect and track allergic reactions that may be caused by undeclared sesame from cross-contact during manufacturing.

"Through all of these efforts, our goal is to help Americans with food allergies better navigate the products they find in the marketplace, by arming them with reliable information that allows them to prevent dangerous allergic reactions while ensuring that we set reasonable expectations for food manufacturers to successfully meet labeling requirements," says Gottlieb. "Gaining a better understanding of the state of the science on food allergies and how these allergens impact consumers, particularly sesame allergies, is an important and necessary first step toward our consideration of new policies that could require labeling for sesame allergens."

Allergens In The Supply Chain Could Lead To Food Fraud