The global food safety testing market is expected to witness a CAGR of 7.2 percent during the forecast period of 2018-2023. 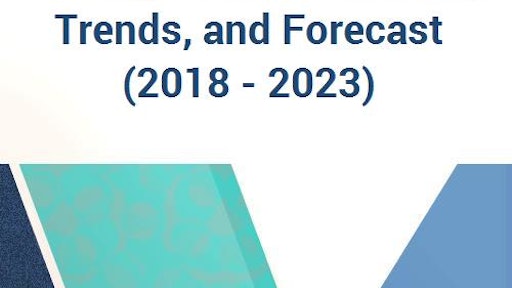 Food supply and quality of food are under constant threat globally, causing this growing demand for effective test products that can ensure food safety.

The practice of food safety testing has gained considerable significance over the past years, owing to growing incidences of food-borne illnesses and poisoning by contaminated food products. This necessitates the robust and effective system in place to ensure food security as well as food safety.

The report touches on a number of challenges and opportunities in the market. Key findings include the following:

Rising Healthcare Cost due to Lacunas in Food Safety Testing

Consumer choice is key for any food-based industry, as the consumers safety, health concerns and preferences always drive the food market. The additional burden in the form of rising healthcare cost and increasing out-of-the pocket expenditure on healthcare by commoners has prompted the governments and regulatory authorities to set a robust food safety policy.

The restraining factors for the market are: microbiological testing often requires long time to get the results, which affects manufacturers and delays product marketing. Tough rapid testing has eased the testing market, but its high cost is affecting the market growth. Moreover, multiple test methodologies required by various regulations is another restraining factor for the food safety testing market.

Globally, incidences of food-borne diseases are increasing at a high rate, and the most common cause of outbreaks are Salmonella, E. coli, Staphylococcus aureus, Vibrio cholera, Campylobacter and Listeria. Over the past few years, the world saw an unprecedented outbreak of food-borne illnesses. The Center for Disease Control and Prevention (CDCP) has reported that every year, one in 10 people fall sick due to food-borne illness, most importantly, children under five years of age are at a high risk. Major food-borne disease outbreaks have occurred in every continent in the past decade, often amplified by globalized trade. Such incidences have made companies incur heavy loss of sales and brand equity, making consumers aware about the potential health-hazards. The key players of food safety testing are now focusing on research and development in order to bring safe food to the consumers.

North America constituted the largest food safety testing market in 2016. Regarding growth, the Asia-Pacific market for food safety testing is likely to record the fastest compounded annual rate, primarily driven by the increase in testing procedures from the potential regions of China and India. The scientific investigations/reports on outbreak of food-borne diseases in the region over the past 29 years, due to adulteration and chemical and microbiological contamination, have forced authorities to concentrate on the issue of food safety. Authorities, like Food Safety and Standards Authority of India and China Food and Drug Administration (CFDA) have been established to take serious steps toward ensuring food safety.