The lettuce that sickened McDonald's and grocery stores' consumers has been linked to California produce company. 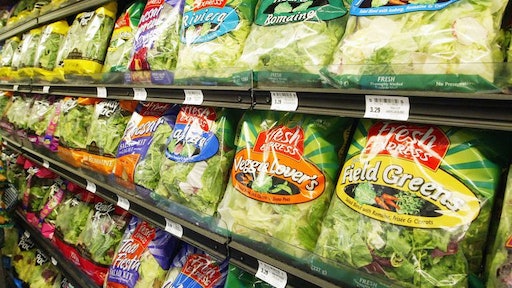 The California-based company supplied bagged salad mixes to McDonald's restaurants in the Midwest, sickening at least 286 customers. The chain pulled salads off its menus at 3,000 regional franchises and changed its supplier as a result of the illnesses.

According to the Los Angeles Times, FDA laboratory tests confirmed the cyclospora parasites in an unused portion of salad mix that McDonald's received froma  Fresh Express packaging plant in Illinois. The company was then able to trace the romane lettuce from the same facility to Caito Foods, an Indianapolis-based company that sells a variety of packaged foods to retail stores such as Trader Joe's, Kroger and Walmart.

As previously reported by Food Logistics, salads, wraps and other packaged items from the same Caito batch were pulled from shelves and had a recommended consumption dates of July 18 to July 23.

According to the Fresh Express website, it claims that there is no clear understanding about the contamination pathway or the definitive source of infection.

So far there have not been any reported illnesses linked to the Caito recall. The companies aren't linked to another cyclospora outbreak in vegetable trays sold by Del Monte, which sickened 237 residents in Wisconsin, Minnesota, Iowa and Michigan.