California avocado growers are reporting crop loss after temperatures reached 115 degrees in the week of July 6. 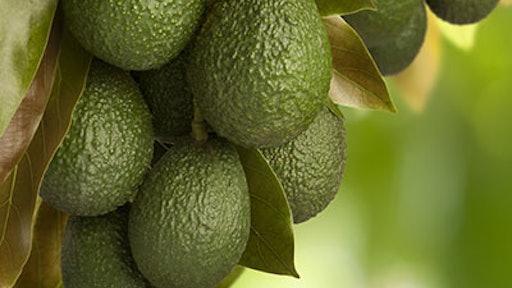 California avocado growers are reporting crop loss after temperatures reached 115 degrees in the week of July 6, The Packer reports. It is unsure of how many crops were destroyed.

Fruit drop associated with the heat is expected to reduce supply and potentially increase the price of avocados marketed in August, however, some suppliers expect some volume to extend until Labor Day.

According to The Packer, some trees were extensively burned and are expected to die. Industry leaders believe the heat spell cold also ding 2019 avocado production.

On the plus side, the heat wasn't sustained over a long period of time president of the California Avocado Commission Tom Bellamore says.

The Packer reports that southern growing regions of San Diego and Riverside counties had harvested about 85 percent of its crops before the heat wave. So far growers have harvested about 260 million pounds of avocados this year. Since the reported loss, experts are estimating that crop expectancy will be down at least 30 million this year.

While the heat may have caused damage to as much of 30 percent of the crop remaining on the trees, a good portion of the remaining crop was in cooler areas toward the coast.

California avocado shipments are expected to slow down into August, according to The Packer.