Sustainable seafood darlings, Sea To Table, faces backlash as it has been reported the company mislabels its products and has connections to labor abuse within its supply chains. 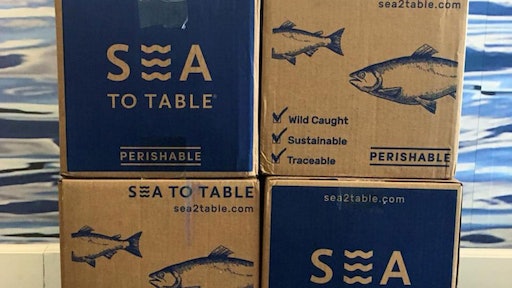 Some of the country's top chefs were offering sushi-grade tuna pulled from the coast of New York even though the fish had migrated to warmer waters.

Sea To Table guaranteed its products were wild and traceable to a US dock, however, AP found that the company was linked to practices that it had vowed to fight against.

Consumers are willing to pay big bucks for what they believe is local, sustainably caught seafood, but preliminary DNA tests suggests that some of the yellowfin tuna that Sea To Table had distributed came from the other side of the world. According to AP, reporters traced the company's supply chain to migrant fishermen in foreign waters who described labor abuses and poaching sharks, whales and dolphins.The distributor allegedly offered fish in other parts of the country that were illegal to catch, out of season or farmed.

Sea To Table was once the star child of the sustainable seafood movement, but is now slapped with a series of controversies. However, AP's investigation found that no tuna boats were docking and that a chef who ordered fish that was supposed to come from a seaside town had a boat listed on the receipt that hadn't been there in two years. Fishermen that work for the company allegedly earn as little as $1.50 a day for working 22-hour shifts without proper food and water.

Owner Sean Dimin says that he has communicated with customers that some fish labeled as freshly landed at one port was caught and trucked in from other states, but many deny this conversation happened, AP reports.

According to AP, the US seafood market is worth $17 billion annually, with imports making up more than 90 percent of that. A study found that nearly half of all sushi samples tested in L.A. didn't match the fish that was advertised on the menu, and one in five fish is caught illegally worldwide.

Sea To Table made its business appealing by offering local solutions that had fish arriving from dock to doorstep. The company experienced rapid growth from $13 million in sales in 2017, expecting to to increase to $70 million by 2020, AP reports. As business grew, Sea To Table has been selling other fish than what was advertised.

The company's mislabeling has had many of its partners feeling like they were taking advantage of. Their partner docks are allegedly not docks at all and has sold sold farmed seafood despite claiming that it never will due to concerns about antibiotics and hormones.

Sea To Table could potentially face lawsuits or criminal liability for misleading consumers and mislabeling, AP reports. Consequences of the crimes could be either potential fines or jail time.

Once learning the company's supply chain could be traced back to businesses engaged in labor and environmental abuses, Dimin has temporarily suspended operations with two partners to conduct an audit, AP reports. Throughout the publication's investigation, they received reports of dozens of fishermen reporting abuse.