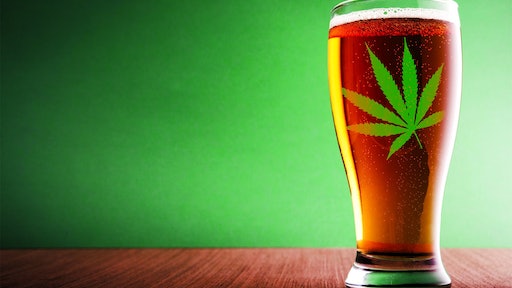 Villa started the company with the goal of being the first to introduce a line of cannabis-infused non-alcoholic craft beverages. By infusing his products with THC instead of just cannbidiol, his company will have an edge on competing products.

Villa will serve as Ceria's brewmaster while his wife, Jodi, will act as CEO. The coulple is working with InterContinental Beverage Capital to help with operations and find accredited investors. Ceria has already started working with ebbu as a supplier of cannabis extract.

Villa voted against the legalization of recreational cannabis use in 2012 when Colorado voters passed Amendment 64, stating that he always thought that marijuana was something that should be outlawed.

After the legalization, Villa researched marijuana and his views were changed. He began his own experimentation with cannabis-infused products, and came out believing that it could be an alternative to alcoholic beverages.

Ceria will offer three strengths of cannabis-infused beverages to consumers 21 and older and will have a labeling system similar to ski slopes. The beverage will be sold in a 12 oz. bottle and also offered in a four-pack variety.

A price hasn't been set for Ceria's products. It is expected to be similar to high-end craft offerings due to the expense of how marijuana is produced and the way that it's taxed.

Villa claimed that the brewing process has been a "logistical nightmare." Ceria will brew the beer at a facility and then Villa will use equipment to remove the alcohol from the beer, which will then be transported a licensed marijuana dispensary and infused with ebbu's extracts that contain THC.

The product is expected to be available in Colorado by the end of the year. Eventually, Ceria products will be offered in other states where recreational marijuana is legal.