Argentina, the world's No. 3 corn and soy exporter, has stepped up security in and around its main exporting hub of Rosario with the cooperation of a dozen commodities trading companies including industry giants like Cargill. 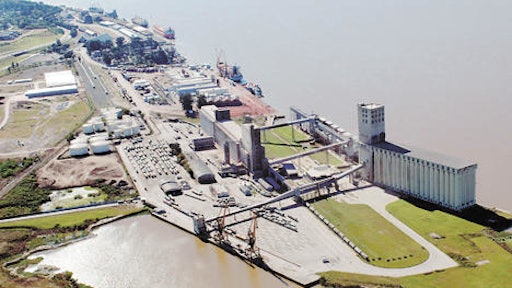 Port operators, as well as the coast guard, say the measures are mainly preventative and that there is little risk of drugs entering the highly-guarded commodity shipping terminals.

Argentina’s government has stepped up security at the ports in its main grain exporting hub of Rosario, counting on cooperation with private terminal operators to keep drug traffickers away from a key industry.

Some 3,000 federal police, coast guard, gendarmerie and airport police have been deployed in Santa Fe province in recent weeks with about half of those based in Rosario, which handles about 80 percent of Argentina's grain exports.

More than a dozen commodities trading companies operating in and around Rosario, including industry giants like Cargill, have agreed to work with the government "to prevent our ports from becoming a free entry point for drug trafficking," according to Security Minister Patricia Bullrich.

Argentina has mostly avoided the drug violence seen in Colombia and Mexico, but it is now the fifth largest trafficking point of cocaine en route to Europe and Asia, according to the United Nations. Argentina does not produce the drug itself but cocaine from Bolivia, Peru and Colombia pass through its borders.

Rosario's location on the Parana river, which continues on to Buenos Aires and the Atlantic Ocean, also make it a trafficking point for Paraguayan marijuana. Gangs control land deliveries on the poor outskirts of Rosario, Argentina's third-largest city.

The news also comes on the heels of an announcement back in October that companies Glencore, Cargill, Cofco, Renova, Nidera, AGD and Bunge pledged to invest 21 billion pesos (US$1.4 billion) in infrastructure improvements including a new dock and improve unloading areas and storage capacity by the end of 2017.

Egypt Invests $6 B In Global Logistics Center For Grain