Cargill has not used the drug, gentamicin, to prevent disease in turkeys that supply its two biggest brands, Honeysuckle White and Shady Brook Farms, since August 1, the company said. 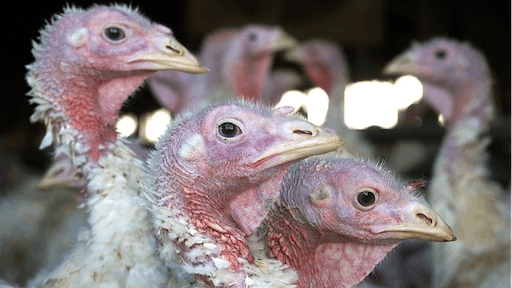 FILE - In this Nov. 2, 2005 file photo, turkeys are pictured at a turkey farm near Sauk Centre , Minn. A deadly strain of bird flu has reached the Midwest, killing or requiring hundreds of thousands of turkeys to be euthanized.

Cargill Inc. has stopped using an important antibiotic for people to prevent disease in most of its turkeys, the company said on Tuesday, the latest food maker to drop the drug over concerns about the impact on human medicine, according to Reuters.

Cargill has not used the drug, gentamicin, to prevent disease in turkeys that supply its two biggest brands, Honeysuckle White and Shady Brook Farms, since August 1, the company said.

Gentamicin was the only antibiotic Cargill used to prevent disease in turkeys, and by eliminating it from the brands, 50 million birds will be affected. The company did not remove the drug from its smaller turkey brands because they are produced to meet customers' specifications, a spokesman said.

A number of food companies and restaurants have stopped using or are looking to curtail their use of certain antibiotics in livestock due to concerns about rising numbers of life-threatening human infections from antibiotic-resistant bacteria dubbed "superbugs."

On Tuesday, Yum Brands Inc investors filed a shareholder proposal encouraging the company to quickly phase out harmful antibiotics from its meat supply.

The request came after McDonald's Corp said last week that it had removed antibiotics important to human medicine from its chicken months ahead of schedule.

Veterinary use of antibiotics is legal, but as the number of human infections from antibiotic-resistant bacteria increases, consumer advocates and public health experts have campaigned to end their routine use in farm animals.

Cargill "weighed the desires of our customers and consumers to ensure the long-term effectiveness of antibiotics for people and animals" when deciding to curb gentamicin use, John Niemann, president of the company's turkey business, said in a statement.

The company will continue to use antibiotics to treat sick turkeys and to stop the spread of diseases within flocks that include sick birds.