This year, 36 percent of Americans cited "chemicals in food," such as pesticide residues, as the most important food safety issue for them and their family, edging out "foodborne illness from bacteria" (34 percent). 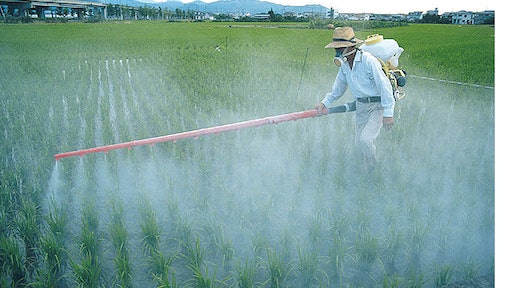 This year, 36 percent of Americans cited "chemicals in food," such as pesticide residues, as the most important food safety issue for them and their family, edging out "foodborne illness from bacteria" (34 percent).

The top food safety concern among Americans is no longer "foodborne illness," having been overtaken by "chemicals in food," according to the International Food Information Council (IFIC) Foundation's 2015 Food and Health Survey.

However, when it comes to risks to consumers, foodborne illnesses are far and away the greater health concern. With September being National Food Safety and Food Safety Education Month, it's a great time to rethink our food safety priorities and our notions of risks.

This year, 36 percent of Americans cited "chemicals in food," such as pesticide residues, as the most important food safety issue for them and their family, edging out "foodborne illness from bacteria" (34 percent). The increase in the number of people citing "chemicals in food" as their top concern is striking. Last year, only 23 percent of Americans chose that option.

"The risks posed by pesticides in food pale in comparison to the risks from foodborne illness," said Carl Winter, extension food toxicologist and vice chair of the Department of Food Science and Technology at the University of California at Davis.

"Our typical exposure to pesticide residues is at levels more than 1 million times lower than levels that, when given to laboratory animals on a daily basis throughout their lifetimes, do not produce any noticeable effects in the animals.  This strongly contrasts with the risk of foodborne illness, where the U.S. Centers for Disease Control and Prevention estimates the incidence at 48 million cases per year in the U.S."

The research also showed that the association between "chemicals" and harm to health was pervasive, at least among moms. So when it comes to "chemicals in food," consumer perception of risk doesn't always align with the science.

"The responses to the 'most important food safety issue' question illustrate the difference between perceived risk and actual risk," said Anthony Flood, senior director of food safety for the IFIC Foundation.

"Some consumers believe 'chemicals in food' potentially cause greater harm when, in reality, these pose less risk to their health than the bacteria that cause foodborne illness—especially when they may be including safe and approved food ingredients in their definition of 'chemicals in food,'" said Flood.

Despite having one of the safest food supplies in the world, Americans are still at risk of getting sick from potentially deadly foodborne pathogens. The CDC estimates that each year roughly one in six Americans get sick from foodborne diseases, with an estimated 3,000 deaths. Proper safe food handling techniques can go a long way toward minimizing the toll foodborne illnesses take on our health.