Extreme weather such as intense storms, droughts and heatwaves will cause more frequent and severe food shortages as the global climate and food supply systems change. 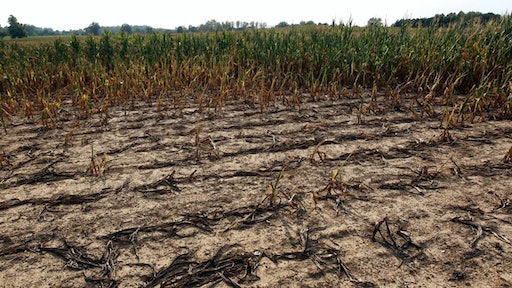 Extreme weather such as intense storms, droughts and heat waves will cause more frequent and severe food shortages as the global climate and food supply systems change, British and American experts warned on Friday, Reuters reported.

The pressure on the world's food supplies is so great, and the increase in extreme weather events so rapid, they said, that food shortages on a scale likely to occur once a century under past conditions, may in future hit as often as once every 30 years.

"The chance of having a weather-related food shock is increasing, and the size of that shock is also increasing," said Tim Benton, a professor of population ecology at Leeds University who presented a report commissioned by the British government.

"And as these events become more frequent, the imperative for doing something about it becomes even greater."

The report, prepared by the UK-US Taskforce on Extreme Weather and Global Food System Resilience, also warned that knee-jerk national responses to production drops, such as the imposition of export or import bans on certain foods or crops, risk exacerbating a problem and fueling spikes in food prices.

"If you put the worst case institutional responses together with a worst case production shock, that's when it starts spiraling out of control," said Rob Bailey, research director for energy, environment and resources at Britain's Chatham House think tank, the Royal Institute of International Affairs.

The experts looked at production of the world's most important commodity crops -- maize, soybean, wheat and rice – and how droughts, floods and storms might impact it in future.

Since most of the global production of these four crops comes from a small number of countries such as China, the United States and India, extreme weather events in these regions will have the largest impact on global food supplies, they said.