This year’s 26th Annual State of Logistics Report presents an overview of the economy during the past year, the logistics industry’s key trends, and the total U.S. logistics costs for 2014. 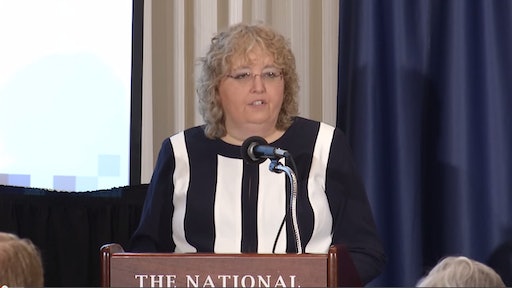 The report is presented by transportation consultant and author Rosalyn Wilson of Parsons at a press conference today at the National Press Club in Washington, D.C.

“This highly anticipated report contains the statistics and industry insights that will not only help our members do their jobs better, but also better prepare them for the business demands ahead,” said Rick Blasgen, president and chief executive officer of CSCMP. “Knowing how logistics and supply chain costs affect and are affected by the larger economy is a key part of this understanding. We are grateful for the support from Penske Logistics in issuing this critical industry intelligence.”

The report reveals total U.S. business logistics costs rose to $1.45 trillion in 2014, a 3.1 percent increase from the previous year. However, the growth rate for logistics costs was lower than the U.S. gross domestic product (GDP), resulting in a slight decline in logistics as a percent of GDP from 8.4 percent to 8.3 percent.

The report, authored and presented by transportation consultant Rosalyn Wilson of Parsons, has tracked and measured all costs associated with moving freight through the U.S. supply chain since 1988. This year’s report presents an overview of the economy during the past year, the logistics industry’s key trends, and the total U.S. logistics costs for 2014.

In 2014, the supply chain industry experienced its best year since the Great Recession. The research examines the economic vitality and associated challenges facing each segment of the logistics industry and concludes with a brief overview of industry indicators for the first half of 2015 and thoughts about performance for the remainder of the year.

This year’s State of Logistics Report reveals the transportation sector grew by 3.6 percent in 2014 due to stronger shipment volumes rather than higher rates. The U.S. economy was on solid ground. New job creation was consistent, real net income and household net worth inched up, inflation was low-to-moderate and gas prices tumbled, providing consumers with additional buying power.

As consumer spending increased, freight levels climbed as retailers replenished inventories. Consumers had been the missing component in the recovery from the Great Recession, but in 2014 they began returning to the marketplace.

The truck driver shortage remains a key concern for the logistics sector with the American Trucking Associations estimating the current shortage ranges from 35,000 to 40,000 drivers. A key indicator of this was the driver turnover rate, which was more than 95 percent on an annualized basis.

“Today’s market-leading companies use their supply chains to drive innovation and competitive advantage,” stated Marc Althen, president of Penske Logistics. “This in turn drives demand for logistics providers. While demand for logistics is increasing, the industry faces a talent shortage and needs more logistics engineers, technology professionals, warehouse workers, and truck drivers to meet the needs of current and evolving freight fulfillment models businesses and consumers rely on for their goods and services.”

Costs for the water sector rose 8.9 percent, the second highest growth sector in 2014. Inland waterway traffic rebounded due to successful agricultural harvests, higher demand for coal and an expansion of petroleum transportation by barge. Shipments through the nation’s ports increased, with East Coast ports seeing the largest percentage of gains due to congestion and delays at West Coast ports caused by protracted labor issues.

Air cargo sector costs declined 1.2 percent as competition from other modes kept rates down; however, in 2014, a record $968 billion of high value merchandise was moved by air—$443.8 billion in exports and $543.3 in imports.

Freight forwarder costs rose 5.4 percent in 2014, mainly due to an increase of 7.4 percent in the 3PL sector. The level of uncertainty in the supply chain has supported a 20.5 percent growth in the domestic transportation services segment.

Inventory-carrying costs rose 2.1 percent as inventories continued to climb. Interest rates remain well below pre-recession levels, but have been rising in recent months. The other components of carrying costs—taxes, depreciation, insurance and obsolescence—were up 1.2 percent due to inventory growth. The cost of warehousing rose 4.4 percent because of shrinking capacity, which lowered the national vacancy rate to 7 percent. In addition, warehousing costs are on the rise as companies respond to the shortage of workers by offering better pay and benefits.

The “State of Logistics Report” is available to CSCMP members free of charge as part of their member benefits at https://cscmp.org/member-benefits/state-of-logistics. The price of the report is $295 U.S.